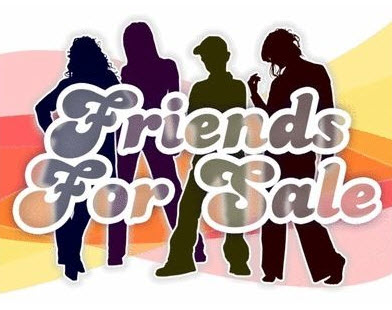 Zynga is starting to use its cash hoard. It announced today that it has agreed to acquire social game pioneer Serious Business, the creator of games such as Friends For Sale and Rock Legends.

The terms were not disclosed. The San Francisco company hasn’t had many hits during its time, which is probably why it decided to sell to Zynga. But Friends For Sale has had a lot of staying power. Zynga, meanwhile, has 235 million monthly active users and has raised $219 million in three rounds.

We hear that others were interested in buying Serious Business, including big public game companies and private companies as well. But Zynga swooped in fast with the right offer. Launched in November, 2007, Friends For Sale recently had more than 25 million registered users and more than a million people were using it every day.

Friends For Sale was the brainchild of Siqi Chen, who was working as an engineer at search engine Powerset, before it was acquired by Microsoft. He started working on his own app as soon as Facebook opened up its platform to third-party developers in May 2007. He built an app within six weeks and launched it on June 15.

The app was Mafia, a Facebook version of a party game where players pretend to assassinate each other. Within a month, the game had 100,000 users. That was pretty good, since it came at the beginning of Facebook’s rapid expansion. Chen was at the right place at the right time. He thought someone would have the opportunity to create a company as big as Electronic Arts by making games on Facebook.

Chen was still working at Powerset full time, however. He worked on Facebook apps on the side. His next app was a dating app that wasn’t billed as a dating app. He had noticed that it was embarrassing for friends to be caught on dating sites, since it made it seem like they were desperate. So he decided to design an app for socializing that served the same purpose, connecting real people with each other. But it was a tongue in cheek game that made you feel like either a “hot girl” or a “rich dude.” It was a marketplace around owning people, as if they were pets. You could make money buying and selling other people, and win popularity contests with bribes. That’s how Friends For Sale was born.

Within a month after the launch, Friends For Sale had more than a million users, and Chen quit his day job. He applied for funding through the incubator, Y Combinator, but dropped out of it because Friends For Sale was taking off. He co-founded Serious Business with his friend Alex Le. They started monetizing the game with ads at first.

Then another business model fell into their laps. One of their richest and most active users offered them $10,000 in cash to buy $1 million in the game’s virtual currency. Chen and Le turned him down. Then they found a week later that the user in question had become the most popular player in the game. He had done so by paying off other popular members with real presents. Chen and Le realized how motivated people were to advance in the game, and so started to charge fees and use special ads known as offers in exchange for virtual currency.

The offers business model was very successful. The game’s fans include a lot of Facebook users who have never played games before. In the meantime, the cofounders were reading blog posts on social gaming by venture capitalist Jeremy Liew of Lightspeed Venture Partners. By that time, they had also recruited Ryan Ferrier, founder of Powerset, as their chief operating officer. Lightspeed invested $4 million in the company.

That was all the company needed to get off the ground, since the revenues from Friends For Sale made it profitable. The company now has 32 employees and is still making money.

But Serious Games has had limited success with its other launches since Friends For Sale. One game, Happy Hour, did well until Facebook banned alcohol-related apps. Another game, Rock Legends, recently had more than 800,000 active monthly users. In that game, you form your own band and try to become the hottest act on Facebook. It was popular, particularly in East Asia. But it didn’t have the staying power of Friends For Sale.

Please check out our GamesBeat@GDC conference coming on March 10 in San Francisco.