Android app starts, Flurry says, are also higher than ever. They’ve been steadily increasing each month.

Flurry also claims applications are becoming “the dominant delivery mechanism” for content, entertainment and tools on smartphones. What they mean is: Social networks are eating smartphone owners alive. Averaging all users’ behavior still results in around 20 mobile hits on social network apps per month.

By contrast, game use averages to around 5 times per month. It’s important to understand that these averages can be misleading, because they aggregate a lot of people who don’t use these apps at all with a smaller number of people who use them obsessively.

And while social networks are the most frequently used apps, news reading sessions are the longest, averaging 10 minutes versus 6 minutes for social.

One more stat: iPhone and Android app retention curves — the number of people still using an app after so many months — are nearly identical. That suggests that hardwired human behavior is what causes people to abandon most apps within six months.

Flurry marketing guy Peter Farago has a blog post about the report. 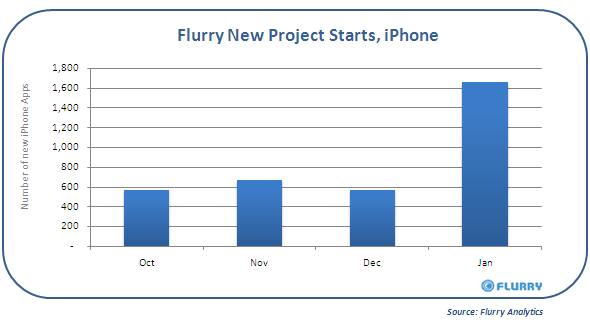 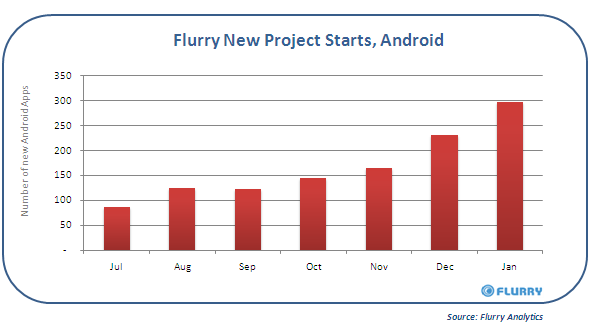 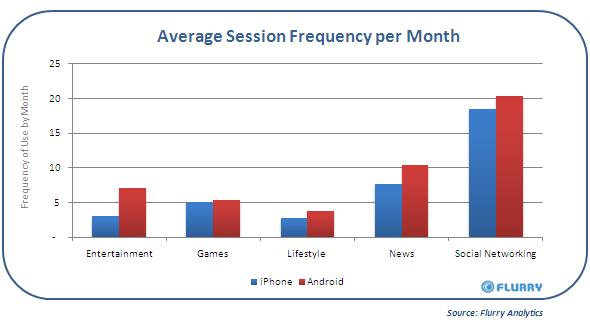 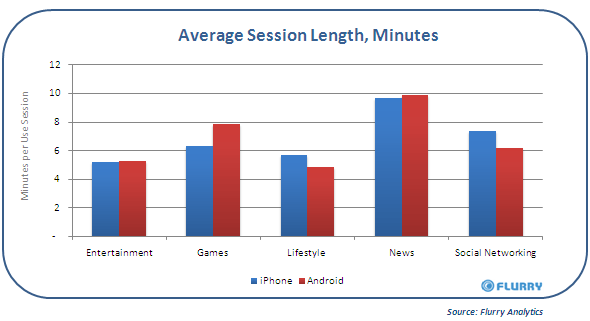 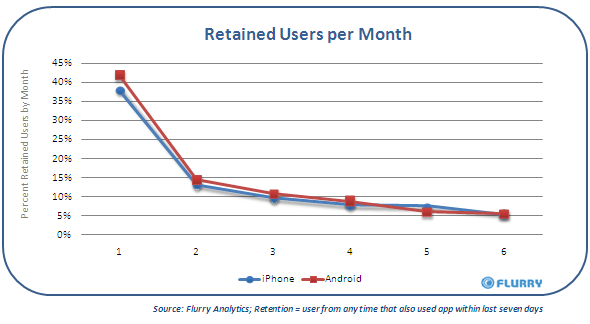