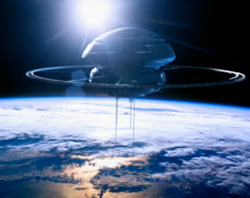 Neill Blomkamp, who was raised in South Africa before moving to Vancouver to study filmmaking, produced this wonderfully clear narrative of thought-leading ideas about alien life in the universe, with a look at the seeming improbability of life on Earth.

Many of these ideas go back to the mid-20th century, such as Freeman Dyson’s vision of giant manufactured spheres that surround an entire sun with civilization, trapping all of the sun’s energy for human — or alien — use.

While we’re at it, if you haven’t seen Blomkamp’s short, Alive in Joburg, which Hollywood hotshot Peter Jackson turned into District 9, directed by Blomkamp, take six minutes to watch it now.