Privacy concerns build around Google Buzz — And it’s not just coming from random bloggers and users. The Electronic Privacy Information Center, a privacy watchdog group, has filed a complaint urging the Federal Trade Commission to investigate about Google’s new social networking tool for violating the company’s user privacy agreement and even federal wiretapping laws. Meanwhile a spokesperson Canada’s privacy commissioner also said their office is “looking into the issue.” 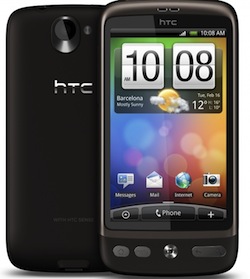 HTC announces three new phones — Two of them will run Google’s Android operating system, while a third will run Windows Mobile. The most exciting one of the bunch is probably the HTC desire, which is being described as a clone of the Nexus One, the Android phone that Google itself is selling.

Google donates $2M to Wikimedia Foundation — The foundation is the nonprofit organization behind the popular online encyclopedia. Co-founder Jimmy Wales tweeted about the donation and said more information is coming tomorrow.

Twitter ad network Ad.ly launches its self-serve platform — Ah, who doesn’t want more advertising in Twitter? With the new tools, an advertiser could find a power-user on the microblogging site, then submit a bid to insert an ad or ad campaign into their tweets, and the user could approve or deny.

Watch Netflix movies on your Sony Dash — Sony announced the “personal Internet viewer” at Consumer Electronics Show in January. The features and portability seem limited compared to, I dunno, an iPad, but the company just revealed that device owners will be able to watch movies and videos using Netflix’s Watch Instantly feature. 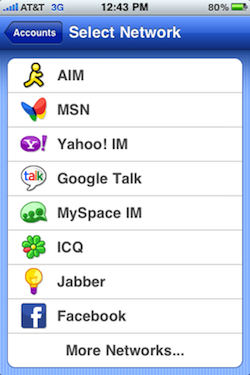 Meebo’s iPhone app is now available — There’s no shortage of applications offering instant messaging services on your phone (often as a way to avoid SMS text messaging), but TechCrunch was impressed by Meebo’s app because of its speed. The variety of IM services offered is a plus, too.