Chances are you haven’t heard of RGM Group or its RGM Alliance division. But the company runs the Internet’s largest premium advertising network that reaches 67 million users each month. That’s more users than the combined audience of the web sites of the Wall Street Journal, the New York Times, Forbes.com, and Conde Naste Digital. 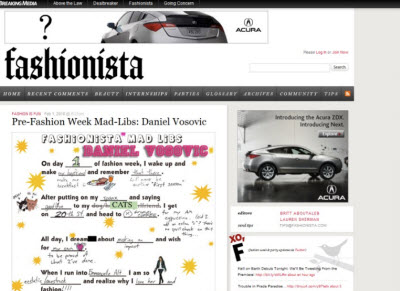 The Venice, Calif.-based company is announcing today that its RGM Alliance ad network has built a huge audience by serving premium ads from well-known brands into 158 vertically-focused web publications. Although it relies on ads for its business, the company has been profitable through the recession and its whole history. RGM thrives by getting advertisers such as Acura to create the ad on the right that runs on premium sites, such as Fashionista, throughout its network.

RGM competes with rivals such as Glam Media, which claims 72 million unique users in the U.S. and 160 million globally. Other rivals include Travel Ad Network and Conde Naste Digital.

Previously known as InterLuxe, the RGM Alliance has managed to grow during the recession, said 30-year-old chief executive and founder, Kamran Razavi. It did so by expanding beyond luxury advertisers (who advertised on RGM’s own JustLuxe site) to premium brands, which are well-known companies that reach a wider number of consumers than pure luxury brands. The company also vastly increased its number of partner publications which take the ads from RGM’s ad network.

“We have shifted our focus from working around luxury brands to those focused on building premium brands,” Razavi said. 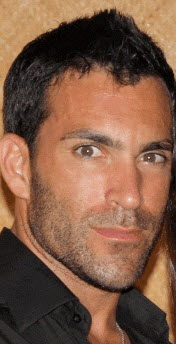 Razavi, (pictured, right), who had an ad and marketing background, founded the company in October, 2004, at the age of 24. He poured the profits that came in almost immediately into expanding the company’s network. The velocity of expansion has accelerated dramatically during the past year.

In May, 2009, the company had just 21 million unique users per month among 66 publications that participated in its ad network. Now, the audience among the 158 publications has grown to 46 million users in the U.S. and 67 million users worldwide, according to market researcher comScore. The audience size is up 237 percent since September, growing mostly through the addition of new publications. During that time, ad rates have not fallen, in part because RGM targets its campaigns to get a good reaction.

The publications are sites that focus on high-value audiences. Among the well-known publishers are Elle, Frommers, the Los Angeles Times, New York Observer, and Car & Driver. The niche sites with growing audiences include Zimbio, Fashionista, and NileGuide. Its advertisers include luxury brands such as Jaguar, Cadillac, Waldorf Astoria, Bombardier, SkyJet, Debeers and others. But the advertisers also include premium brands such as Acura, HSBC, Bose, Qantas, Horchow, Arizona Tourism, and Bosch. In 2010, Razavi said more advertisers will come on board; today, for instance, Porsche is joining the network.

After RGM selects a publisher to include in the alliance, it categorizes the site’s content into groups such as travel, lifestyle, food and wine, fashion, home design & décor, business, automotive, real estate, and art & music. [Disclosure: VentureBeat is one of those 158 sites]. That’s a broader list of categories and it has been key to providing stable revenues for the company, Razavi said.

Razavi said the company stringently pre-screens web site publishers so that it works only with those that meet the standards required by premium advertisers in areas of brand integrity, site content, ad placements and audience. More than 2,500 campaigns have been executed to date.

Razavi says the alliance is transparent to both advertisers and publishers, with no hidden sites or traffic sources. Advertisers select a channel and can target their campaigns based on geography or desired behavioral categories. RGM’s beauty/fashion/style channel has more than 15 million monthly unique visitors, according to comScore.

The result is that ads placed in the network have higher CPMs (cost per mil, a measure of the ad rate charged per 1,000 visitors). The RGM Alliance is one of five divisions in RGM Group. Others include JustLuxe, a luxury web site; Razavi Global Media, which provides site-specific media representation and develops custom ad offerings for affluent-focused sites; Luxe Research, which provides research data for brands; and LuxeCreative, the creative arm of RGM which partners with ad agencies and corporate clients to create campaigns.

The company is self-funded and it has 25 employees.