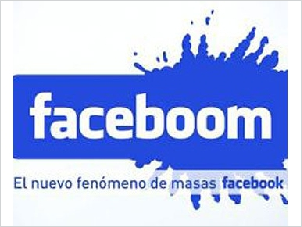 After an uproar in Latin American media, three Argentines involved in a book that portrays the social network in a cynical and satirical light had their Facebook profiles restored today.

The author of the book Faceboom,  Juan Faerman, had his profile deactivated for nearly an entire month without explanation. Finally today, after inquiries by Latin American journalists and VentureBeat yesterday, the company reactivated the profiles of Faerman and his partners, saying that it made an error.

The case has generated a lot of regional Spanish-language media coverage in the past week. Argentine daily La Nacion called it “censorship.” The Buenos Aires Herald, Argentina’s only English daily, read by many diplomats and business executives in Argentina, titled its story, “Got Facebook? No, they shut me down.”

As in much of the world, the social network has taken off in Argentina, reaching 95 percent of Argentines who use web-based social networks, according to local technology analyst Enrique Carrier.

The book, Faceboom, was released in Argentina late last year without controversy. It’s a fairly smart, satirical take on the site that pokes fun at some of the social network’s hypocrisies and the masses that flock to join it. The promotional video below, which is worth watching if only for its oddness, gives you a flavor of its tone.

But in January, Faerman launched the book in Europe and drew a lot of attention after appearing on Buena Fuente, a popular night-time talk show.

Within days, his profile vanished. The same happened to Guillermo Otero and Fernanda Gaitan Broun, both involved with the book and its’ marketing. In addition, a Facebook group of fans of Faceboom was deleted. The trio claims it had 30,000 members at the time.

I spoke to Faerman and he showed me emails he sent to Facebook going back to January 27, requesting an explanation. Here’s a YouTube video showing him trying to sign in with his old login and receiving the message “cuenta deshabilitada,” which means “account inactivated.”

He says that the company stayed silent for weeks despite his inquiries. Venturebeat also asked Facebook to respond to these complaints yesterday, but a company spokesperson said it was policy not to comment on specific users’ profiles. Less than 24 hours later, they sent Faerman an e-mail re-activating his account.

At the same time, the bad news for Argentines is that Facebook today also said it would keep closed Faceboom’s fan group because it had violated the company’s statement of right and responsibilities. Faceboom’s logo and its promotional videos are similar to Facebook trademarks.

Facebook also threatened to take further action against Faerman if he creates a new fan group. There’s only one problem —  Faerman did not create his fan group. In fact, he says he has never met the creator. So it is unclear how Facebook can take future action against him, or how it would be justified in doing so given he does not control his fans.

I can see plausible concern over trademark and copyright infringement because the cover does resemble Facebook’s trademarks, but the deactivation of multiple accounts and a Facebook group treads into concerns about censorship. The company’s slow-footedness certainly doesn’t help either.