Let’s face it. We’re all lousy videographers and we have uploaded lots of useless and long home videos to the web that contain only tiny snippets of the stuff people really want to see. 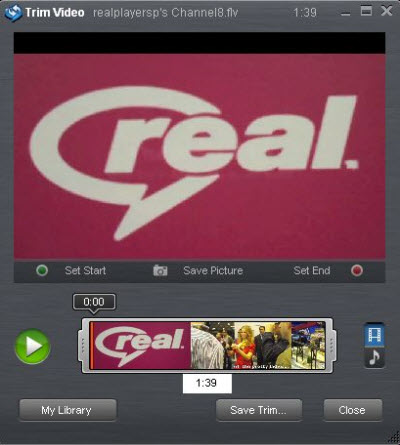 For everyone who has been cursed with watching lousy family videos on YouTube, Real Networks is coming to the rescue. The latest version of the company’s RealPlayer SP software will let you trim your video clips so that they look a lot more professional. This video editing feature is simple to use and has an easy button that lets you share it on your favorite social networks.

Jeff Chasen, vice president of product development at Seattle-based Real Networks, recently showed me how simple it was to edit a video. You simply take a video file and the player will display images of the video scenes in a kind of storyboard across your screen. You simply move the borders of the video to your favorite parts and the video is automatically shortened.

“Playback itself has become a commodity,” Chasen said. “So we have moved toward making you get more out of your media.” 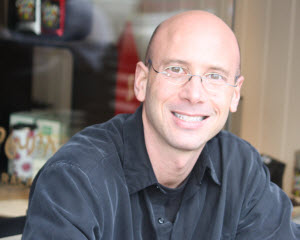 Other new features for the Real Player SP include a new list of devices that will support video. The player simply recognizes a device and converts video into the right format so that it will play on the device. You don’t need to be an expert in technical formats yourself. Supported devices range from the Google Nexus One to the iPhone. You can also easily upload video and audio to social networking sites such as Facebook and YouTube. The features are available in the free version of the Real Player SP.

It will be interesting to see if this helps Real Networks grow its business. The Real Player SP launched in beta mode in June, 2009, and has been downloaded over 70 million times. Chasen said the player is popular because of the huge explosion of shared video on the web. One of the most popular features in the new player is the ability to download videos from thousands of sites with just one click.

The paid version of the Real Player SP Plus costs $39.99 and it supports conversion of H.264 video, DVD playback, and DVD burning.