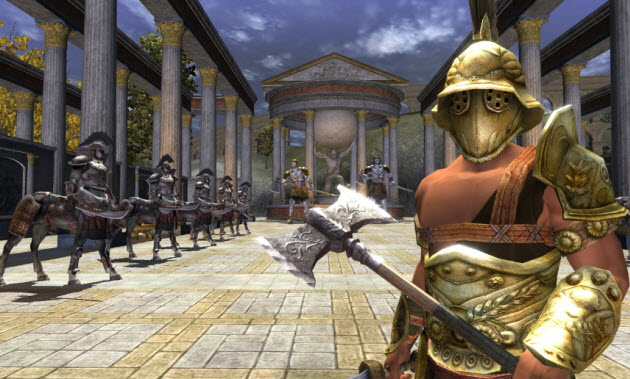 Heatwave Interactive is announcing today that it has acquired the rights and assets to Gods & Heroes: Rome Rising, a massively multiplayer online game that had previously been canceled.

In doing so, Austin, Texas-based Heatwave is trying to make itself into a player in the MMO game market where there are both spectacular successes (World of Warcraft) and horrible failures (Tabula Rasa). Gods & Heroes had a lot of potential when its previous owner, Perpetual Entertainment, showed it off at the E3 game trade show in 2006. But Perpetual couldn’t finish its games and sold off the rights to both Star Trek Online (published by Cryptic Studios in January) and now Gods & Heroes. 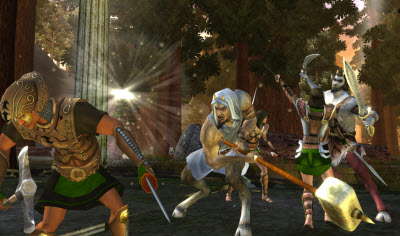 Heatwave is also getting a source code license to the PlayGrid platform created by Perpetual, as well as two game development engines. Heatwave will use those engines as the basis for its future MMOs. That will help reduce the time it takes for Heatwave to develop its games.

“Heatwave’s philosophy is to identify and develop world class intellectual, and we believe the project is just that,” said Anthony Castoro, co-founder and CEO, Heatwave Interactive.

The Gods & Heroes game is set in ancient times and taps Roman mythology for its storyline and characters. Heatwave has other games in the works, including Platinum Life: Web Edition, starring rapper T.I. That’s a game about how to become a music icon. It will debut in March on social networks and the web. Heatwave also created iSamJackson, an iPhone app for creating music with a soundboard.

Heatwave has raised $7.5 million from Syndicated Communications Venture Partners. Heatwave was founded in 2007 by Castoro, a former developer at Electronic Arts and Sony Online Entertainment, and veteran entrepreneur Donn Clendenon.