Disruptive companies are getting a lot of attention at our upcoming  GamesBeat@GDC executive game conference. The event is set for March 10 in San Francisco at the Game Developers Conference in the Moscone Convention Center. Today we’re announcing the following speakers have been added to our lineup: 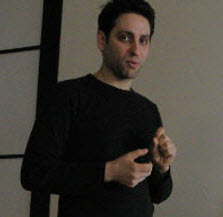 Jules Urbach, CEO of Otoy and Lightstage. Urbach will join our panel on Disruptive Innovation and talk about the latest efforts at Otoy to create a games-on demand service with partners such as Advanced Micro Devices. He made his first game, Hell Cab, at age 18. He was the co-founder of Groove Alliance, which pioneered making online Flash games on Shockwave.com such as Real Pool. At Lightstage, he is working on technology that could revolutionize 3-D rendering; the company worked on face-capture technologies that helped create Brad Pitt’s morphing face in the film The Curious Case of Benjamin Button. Like OnLive, Otoy is trying to create cloud-based gaming, which allows consumers to play games in their living room that are actually hosted on servers in a distant data center. 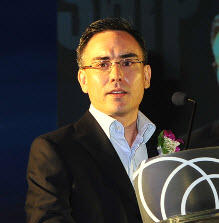 Aroon Tan, managing director, Magma Studios and president of the Games Exchange Alliance. Tan will serve on our panel, Gaming Without Borders, on international game markets. He has worked in virtual worlds, online games, 3-D computer graphics and animation since 1993. His first management role was at Virtual Reality Technologies, which built online multiplayer virtual worlds and virtual reality simulations. He served as CEO of online game company Paraworld and founded Interactive Digital Dreams in 2001. He founded Singapore-based Magma Studios in 2005 in partnership with award-winning director/producer Chris Jones. Magma is building virtual worlds for global media brands. As head of the Games Exchange Alliance, he is helping to expand the infrastructure for Asian game developers and service providers. 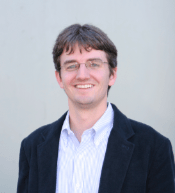 Justin Smith, founder, Inside Network. Smith will moderate our panel on Next Generation Social Games. Smith’s Inside Network is dedicated to providing news and market research on the Facebook platform and the social gaming ecosystem. He serves as editor of Inside Facebook and founder of Inside Social Games. He is the author of the Facebook Marketing Bible and co-author of Inside Virtual Goods reports. From 2007 to 2009, Smith was head of product for Watercooler, a venture-backed social games and sports entertainment startup. He was also an early employee of Xfire and co-founder of MyDesktop Network.

Here’s a review of our theme for the conference:

Disruption 2.0. We’ll focus on the next disruptions that will happen in the video game industry. In the past couple of years, social games with virtual goods business models have proved themselves and shaken up the status quo. The iPhone has become a hot platform, and Apple hopes to extend further into games with the iPad. Digital distribution and online games are growing. Will these trends gather more momentum and prove to be sustainable, or will new platforms and business models disrupt the disruptors?

The big game companies and brands are maneuvering into the market, even as successful startups are consolidating their gains and acquiring companies. Are console game makers poised to make a comeback as the recession ends? As growth returns to the industry in 2010, who will be poised to take market share and define the next-generation of games? Game companies that are doing the disrupting, adapting and growing will be speaking at the conference.

Who’s Got Game contest: Our deadline is fast-approaching for the contest for best game startup. We’ll close off applications for the contest on Feb. 25, so get your entry forms filled out. The top finalists will appear on stage at GamesBeat@GDC before a panel of expert judges. Those judges will select the winner.

For more conference info, check out our GamesBeat 2010 web site and our Facebook Group for GamesBeat@GDC. Our sponsors include the Georgia Department of Economic Development, PlaySpan, and hi5.