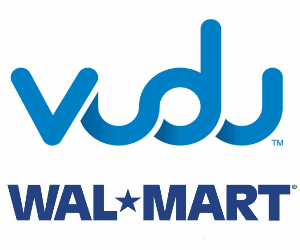 It’s time to add another huge player to the video streaming business. The New York Times is reporting that Wal-Mart has agreed to purchase Vudu, a startup that has been struggling to make a dent in the video streaming marketplace since 2007. The Times says the news comes from two anonymous sources close to the deal, and there still isn’t any official confirmation from reps at Wal-Mart and Vudu.

Wal-Mart is one of the world’s biggest DVD retailers, and the company also dabbled in Netflix-style online DVD rentala several years ago. Netflix ended up taking over its DVD rental service back in 2005, acquiring somewhere between 100,000 and 250,000 subscribers in the process. Wal-Mart also attempted to get into video rentals with HP in 2007, but it gave up on that project after a year. The Vudu acquistion would instantly make Wal-Mart a significant force in the video streaming business, and would make the company a direct competitor to Netflix once again.

Based in Santa Clara, CA, Vudu initially entered the market with a set-top box that offered access to its video streaming service. The company eventually gave up on building its own hardware, and started offering its service as software that could be integrated into other consumer electronic devices, like Netflix’s Watch Instantly streaming service.

The acquisition means we will likely see Vudu’s service integrated into more consumer electronics, including televisions and DVD/Blu-ray players, offered by Walmart. Such a move would directly compete with Best Buy’s plans to implement CinemaNow’s streaming service in its consumer devices. It’s also another sign that video streaming technology is becoming more mainstream, and is no longer the sole domain of tech-geeks.