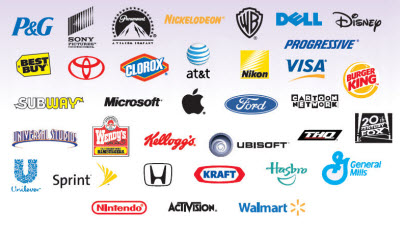 To date, online games — from Facebook games to massively multiplayer online games — have been monetized not through ad revenue but through sales of virtual goods and subscriptions.

WildTangent is announcing a new ad platform today that it hopes will add some balance to the business models of online game companies by giving them other revenue options.

Instead of having players buy virtual goods with credit cards or other forms of payment (such as fulfilling special offers like signing up for Netflix subscriptions), WildTangent’s BrandBoost ad platform lets players opt to view an ad instead. The company’s advertisers include 75 of the top 100 advertisers, ranging from Ford to Proctor & Gamble.

Dave Madden, executive vice president at the Redmond, Wash.-based company, said the BrandBoost ads will help game publishers get a more balanced revenue base between ads and virtual goods transactions. Gamers win because they have more options to get their games for free, as long as they have the patience to watch a 30-second ad.

WildTangent already runs video ads in casual games that are downloaded by users from web sites. In those ads, users can click on “sponsored session” buttons to play a game once for free, so long as they view an ad. They can also do “sponsored items,” or get a free virtual good as long as they watch an ad. The ads can also unlock a monthly paid subscription game for a day for free.

With this new platform, WildTangent joins the many casual game companies that are doing a two-step to cash in on the enormously successful social games market. Madden said that WildTangent has managed to grow quickly during the past year, despite the recession and price erosion in casual downloadable games. He said that roughly half of Wild Tangent’s revenue comes from ad revenue, and half comes from virtual goods transactions via the company’s Wild Coins virtual currency.

BrandBoost will also help brand advertisers, who embraced casual downloadable games in a big way, make the transition to social gaming audiences. A recent survey by Nielsen of 27,000 consumers indicated that 85 percent of gamers would prefer not to pay for their digital game content. Given the choice, WildTangent customers choose ads for free play about 95 percent of the time.

WildTangent was founded in 1998, and its network reaches over 100 million unique users per month.