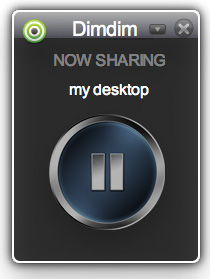 The feature works across Windows, Mac and Linux computers. 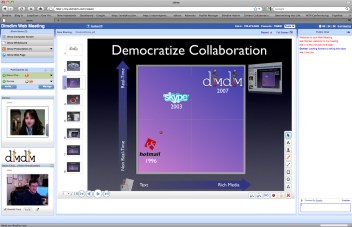 I took a demo meeting with chief marketing officer Steve Chazin between Vermont and San Francisco. We shared screens while running video chat, no problem. It worked fine in Chrome on a Mac, which I chose just to be difficult.

Dimdim was founded in March 2006 and is headquartered in Lowell, Mass. The company has raised $9 million in two rounds led by Index Ventures, Nexus Venture Partners, and Draper Richards. The company has prepared a competitive feature list against WebEx and GoToMeeting. I’m posting it in hopes it provokes a response from those companies in the comments. 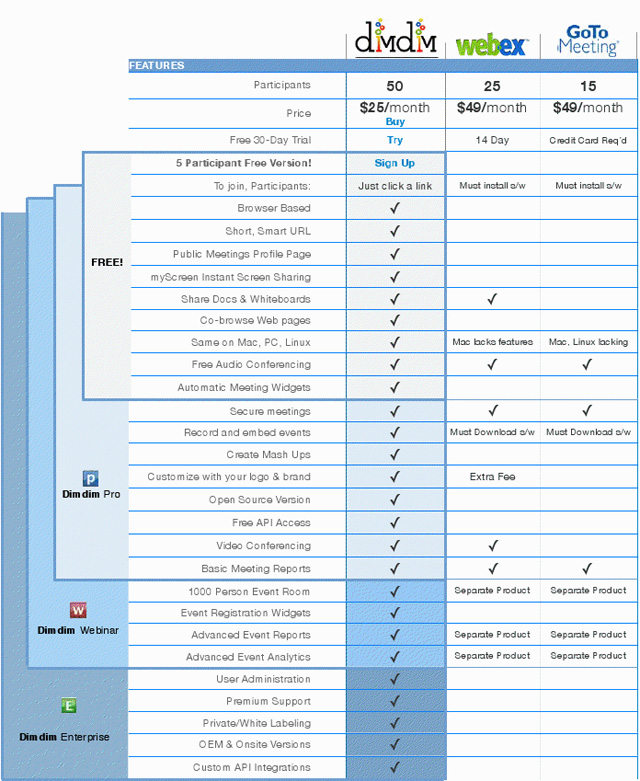