Korea video game firm Bluehole Studio is making a move into the U.S. and European markets as it announces today it has created En Masse Entertainment, a new online gaming company in the U.S.

Seattle-based En Masse Entertainment will create massively multiplayer online games that compete with high-quality MMOs such as World of Warcraft. The division was established in 2009 and has been operating in stealth mode for a while. 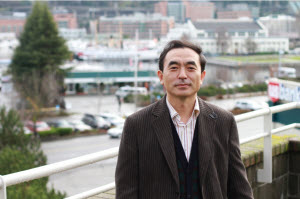 The company has game veterans from big game companies such as Blizzard Entertainment, Microsoft, Electronic Arts, ArenaNet and NCsoft. The company’s first game, TERA, will be released in North America and Europe.

“We’ve brought together ‘best of breed’ experts in the fields of technology, online gaming, branding and localization who have a shared vision for global MMO games that deliver on the highest levels of quality and cultural relevance,” said Jae-Heon Yang, chief executive of En Masse Entertainment, in a statement.

The goal is an audacious one because big Asian game companies have tried to launch MMOs in Western markets with limited success. Korea’s NCsoft invested heavily in the U.S., but its flagship game, Tabula Rasa, flopped after six years in development. It has had more success recently with Aion. But there is no guarantee that titles conceived in Asia can succeed in the U.S., or that American game developers working for Asians will have any better luck. MMOs are a tough business, with far more failures than successes.

Yang, the former chief technology officer at NCsoft, serves as chief executive of En Masse. Patrick Wyatt, a former Blizzard Entertainment creator, is chief operating officer. Chris Lee, a former Microsoft game veteran, is vice president of publishing. Brian Knox, formerly of NCsoft, is senior producer in charge of Western development for TERA. TERA is a fantasy role-playing MMO where players battle each other and try to affect the balance of power among six different races. The game launches first in Korea this year and in Western markets some time later.

Enmasse has 25 employees and will compete with NCsoft, Blizzard, Turbine and other MMO makers. Bluehole itself was created in 2007 and is based in Seoul.