The idea for this article came about after watching an episode of the GameTrailers series “Bonus Round” in which the discussion was about smaller developers being closed down. The proposed explanation for this was the majority of gamers were more interested in purchasing a AAA-title from a larger publisher, which are developed in-house rather than buying a game released by a smaller publisher or developed by a smaller, independent developer.

This leads to problems for a developer that’s not in-house. With today’s advancements, it’s become financially demanding to develop a video game, especially on a home console. The big publishers know this and it’s become risky for them to publish home console games developed by an outside company for several reasons, it’s an added expense for them and there is no guarantee that the game will sell enough copies for the publisher to profit. This leaves the poor little publisher left in the dust.

The recurring answer to this dilemma is downloadable games. You can easily download games every modern platform now and there’s no denying it’s gradually becoming a popular choice for gamers everywhere. Publishers have made a profit from it and the independent gaming scene exists within it. Downloading games is the future, there’s no denying that, but how soon will we arrive at this future? Unfortunately, it’s probably not as close as you think. Full-length games are still very scarce on the digital frontier and the majority of people who use this service prefer bite-sized casual games.

A. They’re essentially a niche in the home console market due to the ignorance of both large publishers and the general public.
B. Digital full-length games would most likely be overlooked due to the vast abundance of smaller (and cheaper) games.

There has to be a more immediate way for these smaller companies to make some much-desired dough, that’s where this article’s point actually shows up:

Smaller companies should focus more on the portable market.

Before you attempt to find out where I live and murder me, hear me out. Portable gaming isn’t just exclusive for children (though several Giantbomb users have pointlessly argued otherwise) and there is already a large number of fantastic titles that exist on the portable market already. Portable gaming brings opportunity to both smaller publishers and developers.

Yes my friends. This is your future.

So why Portable Platforms?

Now, let’s look at all these points in detail.

It’s more cost effective to develop on a portable console.

It’s hard to argue this point. When compared to the more powerful hardware on the home consoles, handhelds have their asses handed to them. This could be seen two ways. Yes, they’re not as pretty as a home console, but portables are still capable of producing some stunning displays of graphical prowess, for a price point that’s nowhere near the millions that go into developing an HD juggernaut for the PS3. A great example would be the DS remake of Final Fantasy IV. 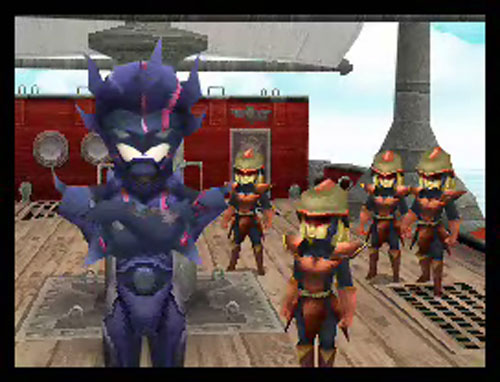 Wasn’t that pretty? Though it doesn’t compare to a game on a more powerful machine, handheld consoles are perfectly capable of releasing games like this. Look at Final Fantasy IV, it’s beautiful, it’s long, it’s immersive and it’s fun. Though JRPGs currently dominate the portable market, that doesn’t have to be the case, the game doesn’t have to an RPG at all to be any of those four things. Games that have these AAA-standards could easily be made on a DS and a PSP.

Innovation is more welcome on a portable console.
This is another statement that may stir up some rage, but think about it. Big publishers don’t like risk. If they have to invest tens of millions into a game, it better sell. That’s the logic that all corporations have, that’s the way things are. Now, publishers are less likely to invest these large amounts of dough into a game that tries to be innovative because there’s no guarantee that they would sell in today’s market. Home consoles are now dominated by games that appeal to the masses, games that will sell tons and tons of copies. Call of Duty is an example, it’s a tight, fun first-person shooter, but it doesn’t do anything to revolutionize shooters. But people love it and Activision is rolling around in cash because of it, so why would they want to change that? 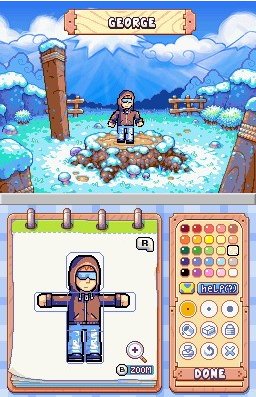 I’m not saying portable consoles are any better when it comes to generic games, there’s a wide-abundance of retro-rehash and other such games on all portable consoles. But there’s more of an opportunity. Let’s look at the Drawn to Life series of games. On the DS, there’s two kinds of games that use the touch screens, innovative games and tacky gimmicks. An example of a tacky gimmick would be the above mentioned Final Final IV remake, the only use of the touch screen is a bunch of minigames that you probably won’t find until you begin your second play through. The Drawn to Life games don’t do anything that would make you say “OHMIGOD YES!” but they make good use of the touch screen and create a game that was fun, innovative and well received. (Except for Scribblenauts. Much like Marxism, it was a good idea, but it didn’t work out so well in practice.) 5th Cell had some great ideas, used them and profited.

Now it’s not to say that games like this aren’t possible on the homes console in today’s climate, there’s just a better opportunity for them in the portable market.

There is a larger market for portable gaming.

It doesn’t matter what the medium is, the audience is always important. Where true independent developers tend to market their market to people who belong with the indie gaming scene, smaller developers who work outside of that scene need a larger market. The portable gaming market appeals to every kind of gamer, whether they be young or old, a casual game or a hardcore one, there’s a variety of people to appeal to. Therefore a company can easily develop vastly different styles of games and there will be a market for it.

So there you have it, that’s how I see it. I’m no expert on this subject nor can I confirm any of this will come to be, but it makes sense.

Now, I want to know how others feel about this. Does this seem accurate to you? Do you have another idea? Discuss.