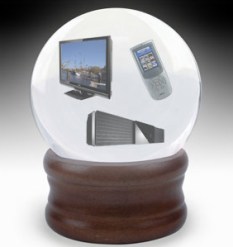 We’re shaking things up a bit at the upcoming DEMO conference in Palm Springs, Calif., on March 22-23.

The consumer Internet remains exciting, but we’re seeing more action around the edges of the Internet going forward.

The incoming class of demonstrators next month will show, for example, that there’s a huge migration of innovation to mobile and other device forms (yes, think iPad; yes, we’ll have several early glimpses of new innovation around the iPad at DEMO!). We’ve seen film and video content shifting from the PC web to your TV, but at DEMO we’ll learn how you can control that TV experience in surprising new ways (yes, several cool new technologies in this area will be unveiled for the first time at DEMO). Mobile and electronic payment technologies will be on display. The invasion of social networking into the enterprise also continues. Camera imaging is improving. And you’ll see several products trying to help you filter through all the noise of all those data streams (Twitter, Facebook updates, Buzz), by personalizing the content you read in radically new ways.

You won’t want to miss this show. All the trends will be on display with our 50 incoming companies at DEMO.

Also, I’m delighted to announce some more expert speakers for the conference. They’ll join us to debate these ideas. This is all part of a new format: We’ve categorized the DEMO companies into several industry segments — mobile, enterprise, social & media, cloud, etc., — so that we discuss industry trends more explicitly. With this new “vertical” strategy, attendees will have a chance to follow their areas of expertise more closely. We’ve started it for this spring with our multiple networking events, but I expect to build this out more over upcoming fall and other future events.

Satish Dharmaraj is a partner with Redpoint Ventures. Prior to Redpoint, Satish was the founder/chief executive of Zimbra, an early Web 2.0 email and messaging company that pioneered AJAX and a new open source strategy, and which last year boasted more than 40 million paid users through its partnership with Comcast. He sold Zimbra to Yahoo for $350 million. (Yahoo has since sold Zimbra to VMware.) Before that, he was vice president of the early mobile messaging company, Openwave Systems, and a director at Onebox.com.

Richard joined Accel in 2006, with a focus on mobile services, enterprise software/SaaS, and energy technologies. Rich invested in and currently serves on the board of AdMob, a leading mobile advertising player, which was sold to Google last year for $750 million. He also invested in Parature, a leader in web-based customer support; SunRun, a provider of residential solar power; and Getjar, the large mobile app store. Prior to Accel, Rich served as a board advisor to Plaxo (acquired by Comcast), Sana Security (acquired by AVG), and Simplicita (acquired by Sandvine). 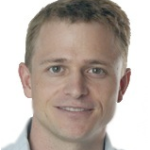 Peter Fenton joined Benchmark Capital in 2006, and has emerged as one of the most successful venture capitalists around. He’s backed successes such as Wily, JBoss, Friendfeed and Springsource. Prior to joining Benchmark, he spent seven years as a partner with Accel Partners, where his investment interests included software, digital media, and technology enabled services. Before that, he was an early employee at Virage, a multimedia information retrieval company that went public on the NASDAQ in 2000, and a management consultant at Bain & Company.

Chi-Hua Chien joined venture capital firm Kleiner Perkins Caufield & Byers in 2007. At KPCB he focuses on investments in the iFund (mobile applications), consumer web, and consumer services. He led or co-led the firm’s investments in Booyah, Chegg, Reputation Defender, and Working Equity. Prior to KPCB, Chi-Hua was at Accel Partners where he focused on software as a service and digital media. Chi-Hua originated Accel’s investments in AdECN (acquired by MSFT) and Facebook, while also working on the firm’s investments in BitTorrent, fbFund, Glam, Trulia, and YuMe Networks. Chi-Hua has an MS in Industrial Engineering, BS in Industrial Engineering, and BA in Economics, all from Stanford University. He also earned an MBA from the Stanford Graduate School of Business.