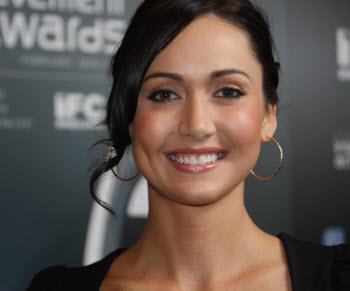 Jessica Chobot is an online media celebrity at IGN.com, having become an overnight sensation in 2005 when a photo appeared of her licking a Sony PlayStation Portable. Now she’s hosting a video show and blogging about who she likes having sex with in the Mass Effect 2 and Dragon Age Origins video games (yes, in the games, the deed is doable). In games, she goes by The Baroness.

As a gamer, she’s as hardcore as they come. We caught up with her at the Dice Summit’s Interactive Achievement Awards last week. But we were heartbroken when we learned that she doesn’t play FarmVille. Clearly, social games have not yet arrived. Yes, indeed, FarmVille may have won the award for social game of the year. Alas, the online world is cruel. I’m sorry, but you folks at Zynga are going to have to try just a little bit harder to win over Jessica’s heart. Check out our video interview with Chobot.