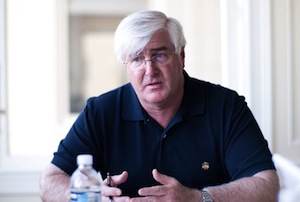 Ron Conway, the angel investor known as the “Godfather of Silicon Valley” due to his prolific backing of web startups, is raising a new $10 million fund. This is the first outside capital Conway has brought into his SV Angel fund.

The news was first reported in TechCrunch, and Conway confirmed the story in an email.

Last year, Conway split off the SV Angel fund from his existing investment vehicle, Baseline Ventures. At the time, he told us SV Angel would focus on real-time startups, a market he predicted would reach at least $1 billion in three years. Conway was an early backer of Google, and his real-time investments include Twitter, bit.ly, CoTweet, TwitVid, Kyte.tv, Factery, and many others.