Here’s our roundup of the week’s business and tech news. First, the most popular stories VentureBeat published in the last seven days: 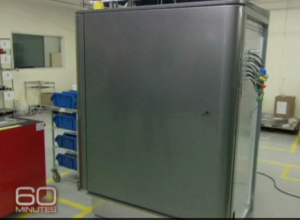 Bloom Energy: Is its ‘power plant in a box’ worth all the hype’? — Bloom Energy finally emerged from stealth mode, unveiling its “Bloom Box” fuel cell during a 60 Minutes segment. Capable of powering more than 100 homes while producing close to zero emissions, just one of these boxes could radically alter how people get their energy. We look at whether the product could be the godsend some are claiming.

14 of the stupidest things ever said in sales meetings — Jim Nichols, a senior partner at Catalyst:SF, asked a number of buyers and sellers about the stupidest things they’ve heard in meetings. Most of his list is just hilariously dumb; the last item is a common-but-crucial mistake.

Apple bans 5,000 apps for sexual content. Here are the new rules — Blogger Jon Atherton at iPhone app developer Chillifresh has become the de facto spokesman for those who think Apple’s new anti-smut rules for iPhone apps are too puritanical. Chillifresh’s app was one of those hit by Apple’s cleanup campaign this past week. Atherton claimed Apple had banned 5,000 apps, and quoted restrictions said to be straight from an Apple representative.

YouTube pulls original “Rickroll” video after 30 million views — VentureBeat writer Devindra Hardawar was outraged when YouTube pulled down the original “Rickroll” music video used in online pranks. Initially, viewers trying to watch the video were told it was removed due to a “terms of use violation,” but YouTube later brought the video back, saying its removal was a mistake. 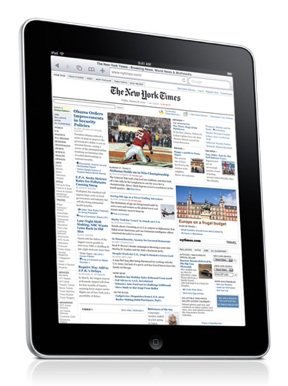 Is Apple’s new sex ban a ploy to win educators over to the iPad? — VentureBeat’s Kim-Mai Cutler looked at Apple’s new no-smut rules and had a hard time believing the high priests of the App Store magically woke up one morning and suddenly decided that ‘T-and-A’ apps weren’t okay. The real rationale for the ban, she argues, has more to do with Apple’s desire to mass-market its iPad tablet in the classroom.

Hi5 to announce new online games management team, acquisition of social game firm Big Six — In its ambition to be a player in the red hot category of social network games, Hi5 acquired Big Six, an Austin, Texas-based social game developer that has its own battle-tested virtual currency platform.

Startup Visa Act officially introduced in the Senate — It looks like the startup founder visa, a concept that has a lot of backing from the startup and venture community, might actually become a reality: Senators John Kerry and Richard Lugar (a Democrat and a Republican, respectively) this week introduced the Startup Visa Act, which reflects many of the ideas pushed by the movement’s advocates.

As predicted, Silver Spring preps for IPO — At the start of the year, when everyone was throwing out predictions for the rapidly growing cleantech sector, Tesla Motors and smart grid networking provider Silver Spring Networks were pegged as the companies most likely to go public in 2010. Now, unsurprisingly, Silver Spring has tapped bankers for its IPO.

Embargoes explained by colorful cartoon characters — We at VentureBeat are totally fine with embargoes, the timestamps PR people put on press releases. Still, the process can suck the fun out of a workday, which is why we (and many other blogs) were delighted by a Text-to-Movie cartoon that walked through pitfalls of the standard procedure.