I've always found it very difficult to write about myself without coming off sounding like some sort of cheap personals ad. But this is long overdue and with so many new members joining Bitmob, as well as the snappy new editor, I figured what the hell.

Hey Bitmobbers, I'm Derek Lavigne. You may know me from such wonderful entertainment as Bitmob's community-driven podcast Pixel Revolt and that one episode of the Mobcast that I had nothing to contribute to. But we're getting ahead of ourselves so why don't I start from the beginning.

I've been a geek as long as I can remember. My earliest memory of gaming was when I was 2 and the game was Defender for the Atari 2600. I grew up on Nintendo, Super Nintendo, Transformers and Thundercats. But it wasn't until the Playstation era that I truly discovered my love for the RPGs. Yes, I will admit it — the game that brought me into the genre was Final Fantasy VII. However I am not among the masses clamoring for a remake because to be honest I have since played much better games.

As I grew, so did my love for all things geeky. Around the same time I got into RPGs I also discovered another current love, anime. However, I did not have many friends that shared the same interests as I did throughout much of high school and because of this, the time I got to spent with the hobbies I loved diminished. Eventually, however, through a series of random and mysterious coincidences (read: begging) I landed a job at Funcoland and the love I once had was rekindled.

That honeymoon only lasted for about a year unfortunately and I was soon back to having almost no one to discuss games and anime with. This time real life took over and before I knew it, I had sold most of my prized video game collection. It just wasn't "cool" in my circle to be such a geek. 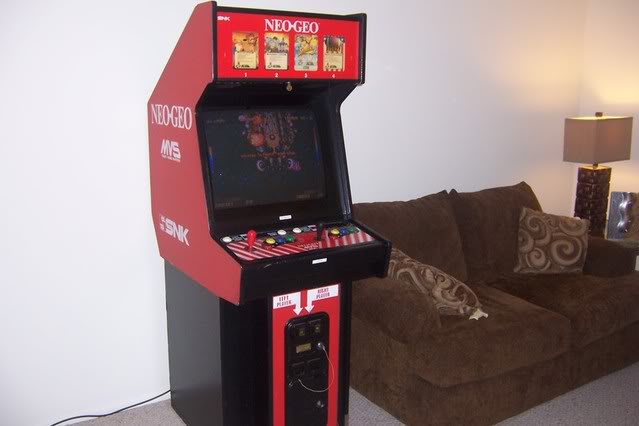 Enter THE INTERNET. I had always avoided internet message boards for fairly obvious reasons. But just this one time, I was able to find a community which, at the time, seemed oddly inviting. I met many of the people I still talk to on a regular basis today. I soon shook the thought of not being "cool" and began collecting games. Hell, I even have an arcade cabinet in my apartment now.

I eventually started my own gaming blog/website with Bitmob music man Ed Tremblay, called Nuclear Geek. This site gave me my first taste of writing for an audience of any size, as well as my first taste of hosting and producing a podcast. I was hooked, and I needed more. The site ran on for about a year, and that's when Bitmob hit the scene.

Shortly after the launch of this site, community member Trevor Hinkle called for there to be a community podcast of some sort, and I jumped at the chance to do more of what I loved. I called on my friend Jeff Grubb and future Bitmob editor Brett Bates and well…you know the line.

For not knowing how to talk about myself, I just wrote quite a bit now didn't I? Let's just call it a testament to what a great community the awesome staff here has cultivated and steer clear of any inclinations of me liking to talk about myself shall we? Deal?