It's about damn time!

At the time of this writing, 3,617 people are currently online with the new Battle.net and playing Starcraft 2. While Blizzard hasn't commented on the total number of beta participants, I can safely say that — when compared with the 11 million who bought the original — the total isn't too high.

Without question, Starcraft remains one of the best and most important video games ever developed. At the time of its 1997 release, the real-time strategy genre found itself in a rut. After raising the bar for strategy games everywhere, Blizzard established a cultural phenomenon which only World of Warcraft's rivals.

And so, Starcraft 2's innovative currency remains in doubt: How can it ever live up to its predecessor?

Most apparent of all is the integrated Battle.net system. Between the initial login screen and the loading bar that precedes all matches, Blizzard has squeezed in a handful of new features.

The first thing you'll notice is your persistent profile. While it isn't necessarily a new feature, your profile carries more information than before. Achievements are a new addition, and while they aren't available in the beta, it seems as though Blizzard will employ them to some very creative ends. Stat tracking, pattern recognition, and shiny logos are all realistic reasons why you should care about Starcraft 2's achievements.

Speaking of stat tracking, Battle.net does a lot of it. At the end of each game, the system provides the same comprehensive economic and score breakdowns. To complement these post-game statistics, Battle.net also treats you to each player's build order — a welcome addition for any serious competitor.

If you're a fan of Steam's in-game overlay and friend system, you'll be glad to know that Blizzard has taken a number from the digital service provider. Messaging, inviting, and comparing statistics with friends has become very easy. While most of you will want as few distractions as possible during a firefight, in-game messaging is still possible. 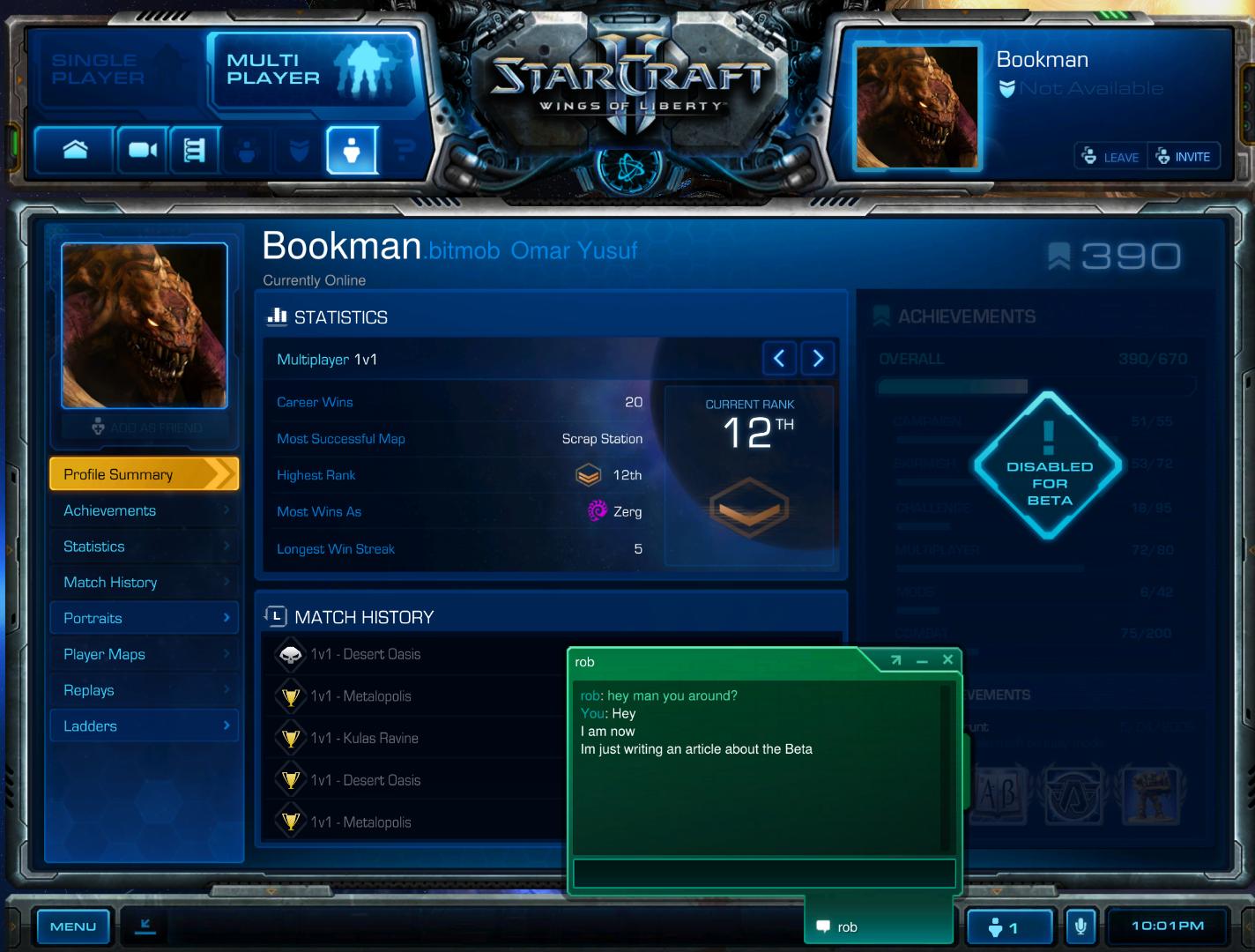 The changes and improvements don't end with Battle.net's social networking features — Blizzard has updated the game in almost every aspect. The interface has received a major overhaul. Some have already complained, but by removing the 12-unit selection cap, Blizzard has refined the way each player interacts with their army. Moreover, the economic macromanagement has been given a facelift with new features like building hotkeying, auto-mining, and a more intuitive worker A.I.

Starcraft 2 doesn't require its players to perform 200 actions per second. Instead, the developers have alleviated many of the micro-intensive chores, which allows the player to concentrate on unit management and army production.

As I mentioned earlier, Blizzard has barely updated the core aspects of the game. The stratified production levels, the ebb and flow of battle, and the tactics of pressure and counterattacking all feel more or less the same. Starcraft 2 is the result of perfectionism, not outright creativity. Small additions are what make this game important in the contemporary RTS market. Burrowing supply depots, transforming Vikings from aerial to land units, and the myriad of tweaked and completely new units make Wings of Liberty feel new while recalling the nostalgic appeal of the original Starcraft. 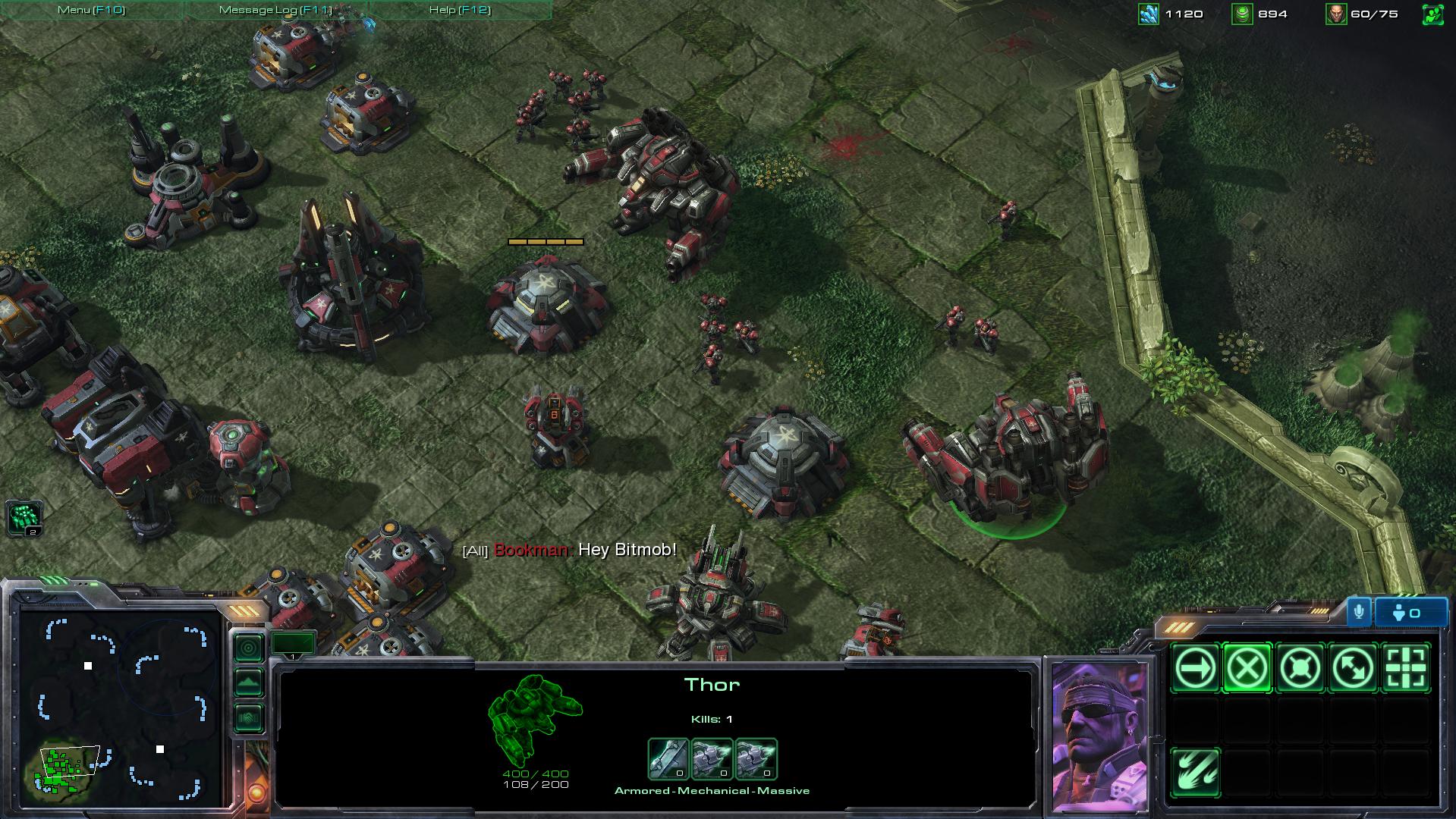 For its imposing size and name, the Thor isn't as effective as I'd hoped

Well, the Protoss is still overpowered….

I kid, of course. But even if Starcraft 2 doesn't stray from the original formula too much, you might miss old favorites like Medics (replaced by the MedEvac unit), Dragoons (supplanted by both Stalkers and Immortals), and Vultures.

You can still expect Siege Tank blockades and Zerg rushes. In fact, in commemoration of old times, I've perfected my six pool technique: I can now release 12 Zerglings after only a minute and a half!

The comprehensive ladder system returns, but things are very different. I've already heard complaints about the omitted social aspect of Starcraft, and I feel inclined to side with the detractors. To begin with, you can say farewell to the global and league chat channels that cemented the competitive community. Presumably, Blizzard expects all discussion to take place in-game or between friends. Furthermore, the game browser is woefully AWOL. Instead, Battle.net forces the player into games half-blind and without important information like the time of creation or the creator. 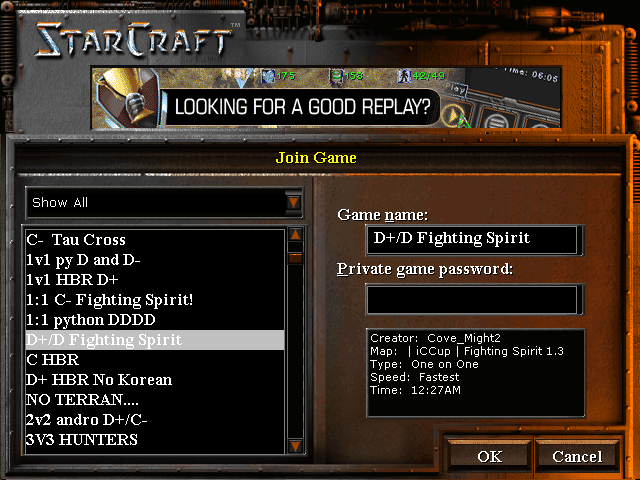 For the majority of developers, releasing a beta is part marketing strategy and part troubleshooting. Yet, the Starcraft 2 beta looks nothing like a half-finished product. The random crashes, UI failures, and balancing issues which plague other betas (*ahem* Bad Company 2) are thankfully absent. Between the pregame chatter and the concluding courtesies of "gg" and "c u around," I often forget that I'm participating in a beta.

Moreover, the Reddit-inspired petitions that lambasted the game for its lack of traditional features seem like a distant qualm. Sure, Starcraft 2 eschews the free-for-all chatrooms in favor of a more centralized social network, but those concerns don't effect what is a glaringly polished game.

With this refined prelude, it's become clear that Blizzard maintains its perfectionist development mentality. Starcraft 2 has updated the franchise to contemporaneous RTS standards and even promises to outdo its predecessor in many respects.

While the final product is subject to change, I can wholeheartedly recommend that you keep your eyes on this game. If this beta is any indication, Starcraft 2 will provide an outstandingly fun experience.