Since the 1992 adventure game King's Quest VI, people have asked whether a video game can make you cry. That the release of Heavy Rain has us asking that question all over again, suggests that video games still haven't learned how to evoke strong emotions in players. Heavy Rain actually does set a new benchmark for creating an emotional bond between character and player, while at the same time making it obvious that games still have a lot of room to grow.

First, let's address the elephant in the room: Heavy Rain's gameplay consists primarily of a series of quick time events. By now, you know whether you can tolerate QTEs or not. All I'll say is that Heavy Rain uses this much-maligned control style better than it has ever been used before. There are moments when it still feels too abstract, but those are few and far between. While the most vocal detractors of QTEs will use the controls as an excuse to flog the game, probably without playing it first, that shouldn't put anyone else off of giving it a shot.

Far more important to Heavy Rain is its writing, and here there are legitimate gripes. Quantic Dream's previous effort, Indigo Prophecy, wasn't what anyone would call a tightly constructed story. While Heavy Rain progresses more logically than its predecessor, there were still moments where I found myself wondering if I had somehow bypassed twenty minutes of plot points. Of course Heavy Rain is a murder mystery at heart, and it at least does a competent job of keeping you guessing about the killer's identity until the end. While the reveal isn't nonsensical, though, it felt a little anti-climactic. I can't defend this without getting into spoiler territory, so I'll finish by saying that David Cage's writing has improved, but still has some way to go.

Like its writing, Heavy Rain's presentation is good, but uneven. The visual style is tremendous, a serious contender to Uncharted 2's title of best-looking game on the PS3. The character animations don't always look as natural as you'd like them to, but the facial animations actually elicited more emotion in me than the writing or  voice acting. Speaking of voice acting, the four main characters are all good, but some of the European actors struggle to maintain their American accents, making for a few unintentional laughs.

Heavy Rain almost certainly won't make you cry, but that's a weird, arbitrary goal anyway. What it will do—and this is more interesting—is give you the relatively new experience of playing a video game where, by and large, the rules of the real world apply. This gives your actions a gravity that is lacking in most other games, even in its more mundane moments. Heavy Rain has its flaws, but it does succeed at making you feel concern for its characters' well being. For that reason,  it's an experience that all adult gamers should try. 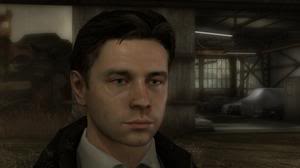 Heavy Rain is all too rare among video games, in that it focuses on creating an emotional bond between player and character. It may not be the fabled game that finally makes us cry, but it does something more important: it points a way forward for developers interested in evoking a wide range of emotional responses.

At heart, Heavy Rain is a murder mystery, and while it's serviceable in that respect, what makes it work is its tense, depressing atmosphere. The game takes the bold step of making gamers, mostly, abide by the rules of the real world. However, the characters you'll control (largely through shockingly engaging quick time events) are all such psychological wrecks most of the time that it doesn't feel too far out of character if you decide to take one of them down a more extreme path.

Visually, the game is great, but not without qualifications. While the facial animations actually elicited more emotion from me than the writing, other character animations can be a little stiff. The voice acting is similarly erratic. The four main characters are all fine, but a few of the actors are Europeans who seem to be struggling to maintain American accents. This makes for some unintentional comedy, which a game that takes itself this seriously can't afford.

Regardless of its flaws, Heavy Rain is an experience all adult gamers should have. It takes risks most games are unwilling to take, and comes up with a rewarding, thought-provoking experience. 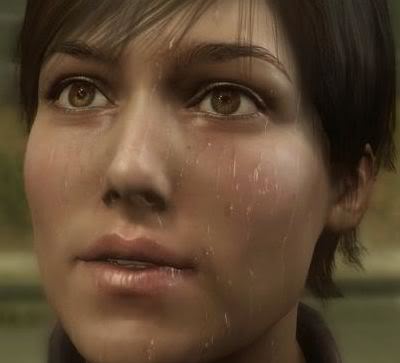 Heavy Rain is a tense, atmospheric, and often depressing murder mystery. Players don't control its tortured characters so much as they influence the outcome of scenes in which those characters appear. The game's writing and acting fall short of film quality, but neither could reasonably be called bad. Its visuals are some of the best of this generation, and feature what might be the best facial animations yet seen in a game.

Despite unconventional controls, and writing and acting that aren't always up to par, Heavy Rain is an emotional and thought-provoking experience that every adult gamer should try.

Heavy Rain is a flawed, but emotionally resonant and thought-provoking experience, which should not be overlooked by anyone interested in truly mature gaming.