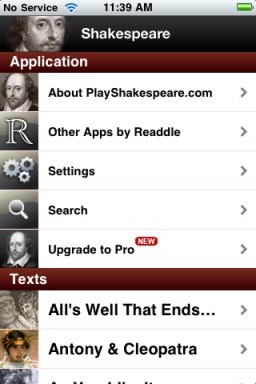 “People don’t read anymore,” Apple CEO Steve Jobs said when he was predicting the failure of the Kindle back in 2008. According to a new statistic, books have passed games as the largest category of apps for the iPhone in the iTunes store.

Books now stand at a grand total of 26,569 compared with 25,079 games, according to Mobclix which listed the most popular apps and downloads on App store. In absolute terms, the gap is not huge, but it shows that the publishers are pushing their titles out to iTunes at an accelerated rate which coincides with the much-anticipated iPad that is due to hit the shelves in a few weeks. Already in October, according to a report by Flurry, one in five new apps was a book for the iPhone. Granted, it is much easier to get books out to iTunes these days since the publishing process is entirely digital up to the point where ink meets paper instead, whereas creating a new game from scratch is a different thing.

While it is not clear on the basis of this statistic that the actual demand for books on the handheld devices–the books on App store can be so far read only on the iPhone or iPod Touch– is on the rise, it is certain that the suppliers are betting their chips on it. And Jobs himself has changed his mind about people reading as he announced the iBookstore with the iPad as a place to buy books online.

Suppliers are confident that people will want to pay for books. Of the over 26,000 books on the Mobclix list, only 2,301 titles are distributed free of charge. That is less than 9% of the total number.

But just how much will people pay? Early reports on the iBookstore put prices on books for the iPad between $12,99 and $14,99 although some say that price was a ceiling rate and the price could be as low as Amazon’s $9,99. The books for the iPhone and iPod Touch are a different story: Many books sell for 99 cents and you can get the Complete Works of William Shakespeare (all 29 megabytes of it) for free.

At any rate, it seems safe to say that publishers think people are getting more and more comfortable reading books on a digital device, which must mean there is considerable business to be done. The publishers still have to take a long hard look at their business models so as not to have the rug pulled out from under their feet, as we could be headed toward what VentureBeat called earlier the “book industry’s Napster moment”.