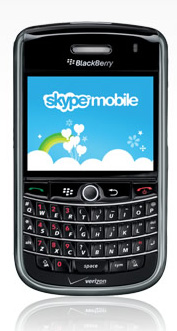 I’ve been nagging Skype and Nokia representatives for days to find out why the worldwide launch of Skype in Nokia’s Ovi app store on Wednesday excluded the American version of the store.

Nokia spokespeople protested that they were caught by surprise, and that Skype had chosen, without explanation and at the last minute, not to place their Skype Mobile app in Nokia’s store. (Unlike Apple’s App Store, Nokia lets individual app makers decide what to publish and when.)

Finally, at noon on Friday, I got an answer from Skype employee Sravanthi Agrawal, who handles corporate communications. Agrawal’s lack of baloney is refreshing:

“Skype has made a decision in the United States to not promote the Skype for Symbian app through the Ovi Store. We did this so that we could drive more attention to the recently announced Skype and Verizon Wireless agreement. This was a marketing decision — plain and simple.

“Skype users in the U.S can still download Symbian by going directly to Skype.com.”

Skype’s deal with Verizon, announced three weeks ago, is still at the “coming soon” stage, but Verizon has said it’s due later in March. Verizon and Skype collaborated on the video below, which explains Skype Mobile’s advantages for globetrotting young adults.