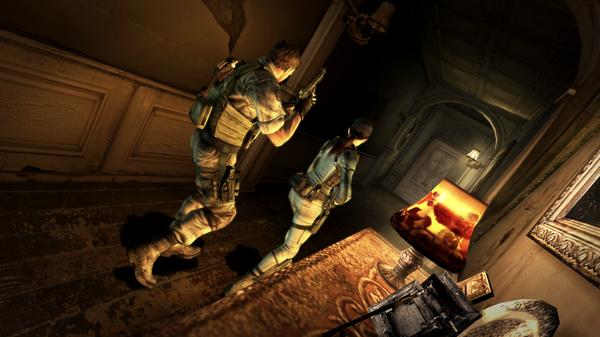 Lost In Nightmares puts you in the shoes and brings back together the original zombie-slaughtering S.T.A.R.S. duo, Jill Valentine and Chris Redfield. You will be playing through the flashback at the Ozwell E. Spencer mansion that Chris mentioned in Resident Evil 5. Even though the mansion isn't the same one that you were in during the events of Resident Evil, Capcom makes sure it bares a very strong resemblance to the Racoon City mansion.

The DLC is full of fan service and nostalgia. It practically uses everything it can to throw back to the 1996 horror classic. Jill will play Moonlight Sonota on a piano to open a secret door, there's a dining room with a fireplace, there's a long hallway with the many windows resembling the classic "dog hallway", a slow, long, unnecessary first-person door opening sequence, and best of all, a hidden fixed camera angle that makes the game feel like the Playstation 1 classics. 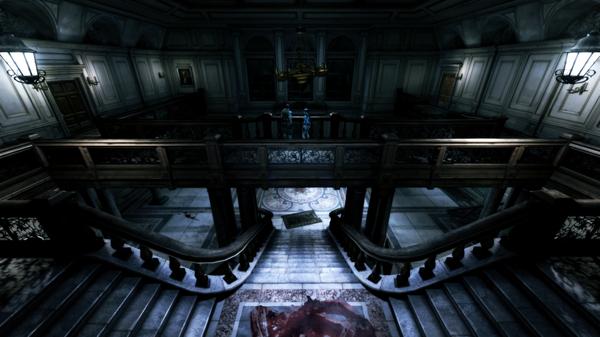 Other than the mansion, you'll have to work you way through a underground dungeon area where you'll meet some hideous monsters. Sadly, there's only one hideous monster. The DLC only has, other than the final boss, one enemy. You'll  encounter this enemy many times, but some variety would have been nice. And speaking of the final boss, the fight is pretty much identical to RE5's Wesker fight, which is extremely disappointing, because those fights were never much fun.
Sadly, Lost In Nightmares suffers from the same problems as Resident Evil 5 such as clunky inventory (even though this is a very small problem since inventory is much less important in this DLC) and the awful AI partner. Like the original, you must play it co-op or you won't have much fun. 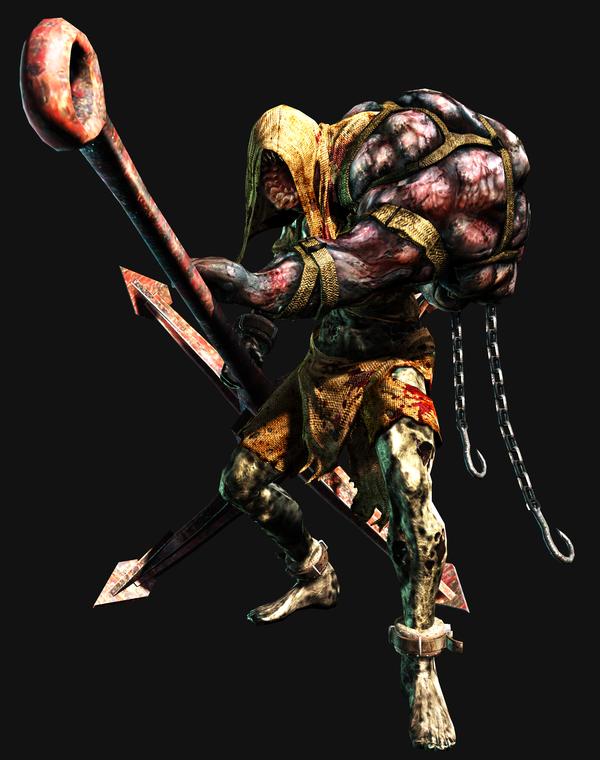 The DLC also introduces the "Mercernaries Reunion" game mode. It's just like Resident Evil 5's Mercernaries mode, you will take on wave upon wave of enemies while trying to keep a streak going and collecting more and more time to get a high score, except with new characters, such as Rebecca Chambers,  Barry Burton, and Excella Gionne. They even throw in a little reference to the first Residet Evil here, one of Barry's melee attacks is called a "Barry Sandwich".
Lost In Nightmares is extremely short, roughly the length of the average Resident Evil 5 chapter. There's no saving, so if you don't beat it all in one go you'll have to restart the whole thing. The price tag, at $5, is very small.  In a way, it is exactly what I was hoping RE5 would be, sadly I only get it in a half an hour DLC bit.
9/10