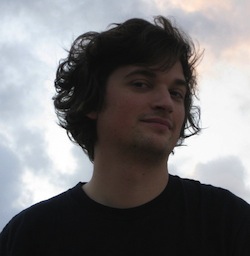 Dalton Caldwell, co-founder and former chief executive of music startup Imeem, appears to be working on a new company called Mixed Media Labs. And he has raised $370,000 of a targeted $600,000 in debt financing to get started, according to a filing with the Securities and Exchange Commission.

Despite getting off to a promising start, Imeem struggled to make its business work, and was acquired and shut down by MySpace last year. Most of its staff was laid off, while Caldwell and other executives were kept on only as consultants to help with the transition. So it’s not surprising that Caldwell is moving on to another startup. The filing also lists Imeem’s former chief operating officer Ali Aydar as a director at the new company.

I haven’t been able to find any information about Mixed Media Labs online. There’s a web site, but it’s completely blank. Unfortunately, we don’t have any personal contact info for Caldwell, so I had to resort to Twitter to try to reach him. I’ll update this post if I hear back.

Update: Caldwell emailed me: “I am not currently in a position to talk about my new company.”