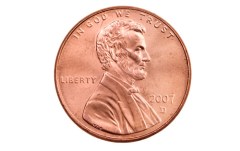 A new micropayment system designed specifically for bloggers will test the idea that on the Internet, there’s a wide audience who will pay for content directly, rather than expecting it to be either supported by ads, or flat-out free. By charging as little as a penny a post per person, its founders say, bloggers might make a decent income.

Fraxion Payments is the brainchild of Chris Wilkins and Dan Stevens. Fraxion’s payment system is built atop a plug-in for the popular blogging tool WordPress, used by both VentureBeat and The New York Times, which hosts well over 50 WordPress blogs.

Fraxion’s technology works like this: A blogger adds the plug-in to his or her site. He or she then sets a price for posts. Readers must use Fraxion to pay for the post before reading it. The company has made a demo video that walks through the process.

I spoke on the phone with Wilkins, an Australian-born communications (read: public relations) specialist who lives and works just outside Zürich, Switzerland. Wilkins isn’t yet another death-to-big-media blogger. If he wants to kill anything, it’s the ads on Web pages. “It’s ridiculous that on the Internet people should have to pay for advertising, rather than paying directly for the content they want,” he told me.

Wilkins is also dismissive of the idea that bloggers should live on voluntary donations, rather than selling each post at a price. “People aren’t going to put money in a tip jar,” he said. “Most will take the content for free.” It’s basic economics. Why pay when you don’t have to?

Most professional bloggers I know make between $22,000 and $40,000 a year. Some make more, but usually because they have other obligations such as editing or events planning. Some make less — low enough to qualify for food stamps in San Francisco.

Wilkins thinks Fraxion is only the start of a long-term experiment to get Internet readers and viewers to pay directly for the stuff they look at. The New York Times’ pending “metered model” for its content is based on the same principle: Fans of the Times will hopefully pay directly for its online stories, slide shows, videos and interactive presentations, rather than expecting advertising to cover the bills.

But will Internet users also pay for standalone bloggers who don’t come with the brand imprimatur of the Times? Wilkins says yes, but it will take some time to get people used to the idea.

I’ve usually got a short fuse for people who lecture me on micropayments from the comfort of their six-figure-salary-plus-shares-plus-benefits tech career. My standard reply is: You first. But Wilkins comes across as earnest rather than condescending. As I realized while talking to him, if I could get 5,000 people to pay me a nickel each for everything I post, I’d do better financially than I did as a senior editor for Condé Nast.

I’ll be curious to read about the experiences of bloggers and readers who try Fraxion. If you give it a try, keep me posted at paul@venturebeat.com on how it’s working for you.