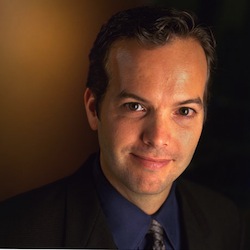 Towards the end of Google’s developer event this evening launching its new Apps Marketplace, Google Enterprise President Dave Girouard offered some perspective on how the marketplace fits into Google’s broader strategy for business apps. For one thing, it means the company can build fewer apps.

Girouard said his team is often asked when they’re going to roll out additional apps — something for customer relationship management, for example, or expense reports or project management. In many cases, he said, the answer is “probably never.” Google’s expertise is in consumer apps, not business apps, so it’s mostly interested in taking consumer products and repackaging them for businesses, rather than starting from scratch with an enterprise app. Most recently, you can see that pattern with Google Buzz, which was launched as a social sharing product, but which Googlers tell me is going to be even more useful for communication and collaboration within a company.

“We would rather offer a platform to others,” Girouard said. “This is really the beginning of that.”

He added that opening a marketplace and using third parties to build out its product ecosystem also means Google can put more energy into improving its existing apps like Gmail and Docs.