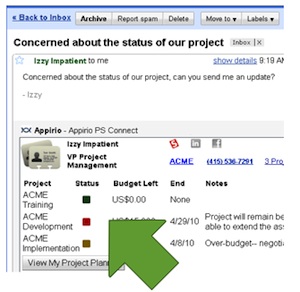 A few hours before Google officially announced its Apps Marketplace this evening, I had a chance to interview someone at Google and a partner company about the news. They offered more details and also hinted at where the marketplace is going from here.

The Apps Marketplace is an online store where third party developers can sell applications that integrate with Google Apps, the search giant’s bundle of office apps including Gmail and Google Docs. Thanks to protocols like OAuth and OpenID, as well as application programming interfaces (APIs) built by Google, users can log into third-party apps through Google, the apps can be accessed from the same menu as Google’s, and data can be pushed back-and-forth.

Apps Marketplace Product Manager Chris Vander Mey told me the marketplace is basically a replacement and expansion of the Google Solutions Marketplace, a store for business apps that “complement” Google’s. As described above, apps in the new marketplace are much more closely integrated with Google’s. The company will also be launching its own flexible payment platform later this year (and taking a 20 percent revenue share), so you don’t even have to handle the billing. 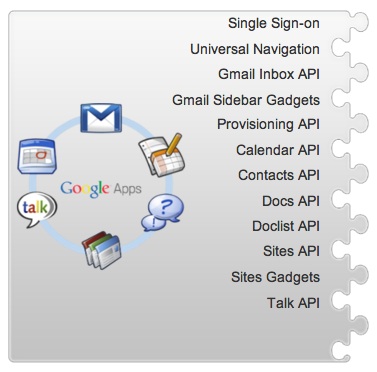 Vander Mey also mentioned an upcoming feature showing even deeper integration — a “contextual gadget” in Gmail. Normal Gmail users should already be familiar with this, where YouTube videos linked to in messages also show up as widgets in your emails. Apps in the marketplace will be able to integrate in the same way, Vander Mey said. For example, a company called Appirio has built tool that allows users to bring up Salesforce sales lead information right in their emails.

After I heard about the launch, I was particularly curious about how involved Google will be in managing the marketplace. Vander Mey said it’s supposed to be an open marketplace — there will be a basic screening process (for which Google charges a one-time $100 fee), but Google is also counting on things like ratings and reviews to help users find the best apps.

“Our role is to provide the right functionality for developers to build on Google Apps,” he said.

One example of a Marketplace partner is Expensify, a startup that wants to improve the expense report process. Chief executive David Barrett said Expensify was already part of the old Solutions Marketplace but didn’t find many customers that way because there was no meaningful integration. That’s going to change, he said, since users can now access Expensify from within their Google Apps accounts. Barrett also contrasted Expensify’s integration with Google with its presence in the app stores run by Intuit and Salesforce.com.

“We’re hoping that with Google Marketplace, instead of talking to accountants, we’re talking to IT staff itself,” he said.