SiBEAM has a big job to do networking homes so they can wirelessly transfer high-definition video from one place in the house to another. That’s why the chip maker is announcing today that it has raised $36.5 million in a fourth round of funding.

That amount of money is impressive, but it also suggests the enormity of the task ahead. Foundation Capital led the round. Other existing investors have also joined in, including U.S. Venture Partners, Samsung Ventures, Panasonic and New Enterprise Associates. New investors include Lux Capital, Hatteras Funds, Best Buy and Cisco. 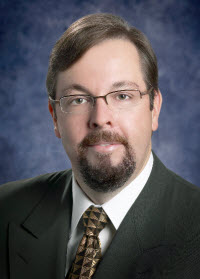 SiBEAM uses millimeter wave technology to transfer data in the 60-gigahertz wireless radio spectrum. With that technology, it can transfer data at theoretical speeds up to 28 gigabits per second, though current speeds are faster than 10 gigabits a second. That is far faster than 200 megabits per second or less speeds of Wi-Fi wireless 802.11n networks. The speed advantage gives SiBEAM’s chips a leg up when it comes to transferring high-definition video from one machine to another in a room.

The company has launched its chips in add-on devices and inside TVs too. SiBEAM is launching a second generation of its chip sets later this year. The company is the founding member of the WirelessHD consortium, which includes 50 different consumer electronics companies.

But SiBEAM still competes with other rivals such as Amimon, which leads the WHDI alliance and claims it can transfer data using Wi-Fi at rates of 3 gigabits a second. Amimon uses the Wi-Fi-like 5-gigahertz part of the spectrum. Then there is the WiGig alliance, which combines the high speed and short range of 60-gigahertz technology with the slower speed and longer 100-meter range of Wi-Fi. Newcomer Quantenna, meanwhile, is trying to extend the quality and speed of 802.11n Wi-Fi.

SiBEAM says its technology is lossless and doesn’t require compression, allowing for higher quality video, audio and data transfer. But SiBEAM’s chips have a range of 10 meters and don’t really transmit through walls. John Lemonchek, chief executive, said that the goal of the new round is to take the company to profitability, even in a tough economy.

So far, SiBEAM has customers that include Panasonic, Sony, Toshiba, Geven, Monster, LG Electronics and Best Buy. Vizio, the biggest TV maker in the U.S., will be shipping TVs with SiBEAM chips this summer.

The company was founded in 2004 based on technology developed at the Berkeley Wireless Research Center with help from well-known researchers such as Bob Brodersen, Chinh Doan, and Sohrab Emami. SiBEAM has 80 employees and, to date, it has raised $112.5 million. It’s a big bet, especially since consumers have not indicated that they really want to embrace this technology as a mass market product.