Here’s why I’m excited about the upcoming DEMO conference: Some 62 new companies or products will launch onstage March 21-23, and they look better and more disruptive than in previous years.

As executive producer of the event, I’ve been talking closely with Nathan Gold, who is the speaking coach for presenters at DEMO. He confirms that the class looks better than he’s seen in past years: Entrepreneurs are more focused, and their ideas more meaningful. If you’re tracking innovation, either as an investor or a corporate development officer, you’ll want to be there in Palm Springs. So don’t miss your chance to register now.

I’m also delighted to announce our latest expert speakers, who will provide feedback about the launching DEMO companies, as well as insight about the five sectors we’re focusing on: mobile, enterprise, cloud, social/media and consumer.

Paul Buchheit has become one of the most successful angel investors over the past year. (See our story about his four recent hits: Appjet, Friendfeed, reMail and Mint.) He co-founded social network aggregator FriendFeed, along with three other former Google employees. He has invested in several other startups and has had four of these companies acquired in the last six months.  Paul was the 23rd employee at Google, where he created Gmail and implemented many of its innovative features. He developed the original prototype of Google AdSense, and is responsible for Google’s famous “Don’t be evil” motto.

Wesley Chan is an early employee at Google, where he is tasked with scouting new opportunities and turning them into disruptive billion dollar businesses. Two of his favorite products he’s founded and launched include Google Analytics and Google Voice. Wesley is currently a general partner on the Google Ventures team. Wesley is a recipient of Google’s founder award — the company’s most prestigious recognition — for leading the development of Google Toolbar and building out Google’s early client efforts. Wesley also holds several patents for his work on starting the business for targeted display advertising for Google.

Bob Davis is a general partner at venture firm Highland Capital Partners, focusing primarily on digital media and the internet, and has been there since 2001. He represents Highland on the boards of Bullhorn, Hangout Industries, NameMedia, OpenSky, Paragon Lake and Turbine.  Prior to joining Highland, Bob served as the chief executive of Terra Lycos, formed in October 2000 with the $5.5 billion acquisition of Lycos by Terra Networks of Spain. Previously, Bob was founder of Lycos, Inc., and served as its president and chief executive since its inception in 1995. He led Lycos from a startup with $2 million in backing to a site with more than 100 million unique visitors. 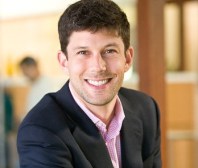 Michael Brown is manager of corporate development at Facebook, and oversees much of its acquisition and corporate strategy. Prior to joining Facebook, Mike was a principal at Foundation Capital, a venture capital firm in Silicon Valley, where he led numerous investment in the consumer internet sector. Mike started his career at McKinsey & Company in the Firm’s San Francisco office. Mike is an investor in and an active advisor to a number of Silicon Valley companies including Counsyl, RockYou, Structural Wealth Management, Satisfaction Inc., Tapulous, and Brilliant Earth. Mike attended Yale University and Stanford Business School.

Seth Sternberg is founder of Meebo. Previously, he worked at IBM in the M&A group while also working on corporate strategy and venture capital initiatives prior to starting at Meebo.  Seth majored in political science at Yale and also attended Stanford’s Business School.