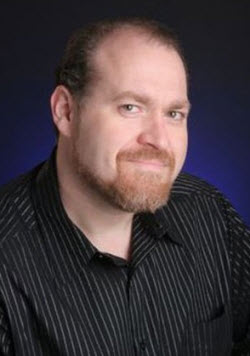 As social network hi5 refocuses on gaming, president and chief technology officer Alex St. John has been happy to criticize his giant competitor, Facebook. He elaborated on that criticism today at our GamesBeat@GDC event, where he shared the stage with Facebook platform manager Gareth Davis.

St. John said he’s sympathetic to Davis, whose position St. John compared to his old job as a gaming evangelist at Microsoft — in other words, someone forced to represent games at a company where games aren’t the focus. As a result, Facebook suffers from “schizophrenia in its messaging,” St. John said. It wants to promote games but also “hold them at arms length” and treat them like parasites.

As an example, he pointed to recent moves Facebook has made to restrict the viral methods developers can use to promote their games. By being absolutely clear in its focus on gaming, St. John said hi5 can avoid this problem.

“We don’t want developers to feel like they have to optimize games for spamming, because we’re going to promote the games,” he said.

Davis, meanwhile, noted that Facebook’s gaming audience is 10 times as large now as it was a year ago, so it’s probably doing something right. The company is “very focused right now on growing Facebook” as a whole. Presumably, that involves curtailing some potentially spammy behavior that scares users away, but by building the overall audience, Facebook grows the audience for game developers, Davis said, adding that the big promise of games on Facebook is that social games can reach a much broader audience than existing game platforms.

St. John countered that he isn’t too impressed with the current batch of Facebook games. With hits like Farmville, Zynga seems to be the big success story, but he said its games are mediocre, and they aren’t particularly social to boot. For one thing, they’re all turn-based rather than real-time, so games are spread out over the course of days. (Some would argue that’s one of their virtues.)

Read all of our coverage from GamesBeat@GDC.