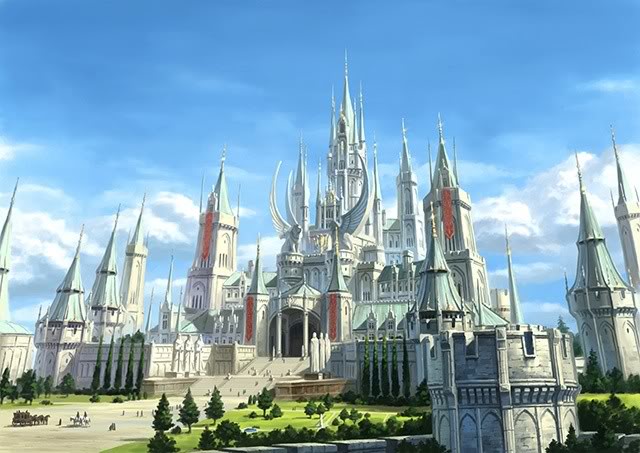 Before I start Final Fantasy XIII I wanted to finish up with White Knight Chronicles. Even though I have stopped playing this game does not mean some of y'll wont play this game. For my final article on this game I bring to you thoughts from three different people about this game. My thoughts for you have all been displayed for viewing and I thought it was time for you to hear what other people thought about this game. So now you will be reading how Steve Karpo, Alex Gagne and Jason Wilson thought about this game. Please enjoy these and if you still have questions about the game ask them now please.

The first person I interviewed is Steve Karpo also known to me as G-Hog to me. He is one of the few people I game with on the PS3 regularly.
1. What attracted you to play White Knight Chronicles and how did you hear about it?
I believe I first heard about the game in the PlayStation RPG forums, What appealed to me the most was it's MMO-like qualities i.e. questing, character customization, large number of skills/abilities, online play, lush environments and crafting options.

2  How far in the game did you get before you stopped playing it or are you still playing it and why?
I didn't get very far before I stopped as the combat just wasn't fun. I had multiple characters around levels 10-15 but with low GR and while they all used different skills/weapons, they all felt the same because of the combat grind.
3. While playing this game please tell me one thing you like and one thing that disappointed you.
I really liked the environments as they were beautifully detailed and a good size for console players.
I disliked the combat and I couldn't get past it to grind for ingredients/items. Even MMO players don't need to wait for ALL of their skills to reset every time. Those players plan their attacks based on skill cool downs which at least requires some planning.
4. Out of everything you have seen in the game what one thing have you taken away as a gamer from playing this game?
There is a great base game here with lots of potential. Unfortunately, WKC tries to be too many things and doesn't really do any one better than its competitors. WKC could have owned the PS3 if it were more MMO/Borderlands/Monster Hunter-like.
5.  How would you recommend this game to others or what would you warn them about before trying this game?
I would warn them about the grind paired up with combat that is way too simple. This is more grind than most MMOs! If you can get past that aspect, you should have fun in the Georama and questing for crafting items.

When I first started to do White Knight Chronicles Diary Alex Gagne was the most colorful on how he felt about this game. I am glad he agreed to do this for me as it shows the love for a developer.

1. What attracted you to play White Knight Chronicles and how did you hear about it?
-To be blunt, I have played every game Level 5 have released stateside, and have loved every single one. I have watched them grow and develop like a flower — a flower that creates fantastic RPG's. Despite some negative feedback from Japanese reviewers, I decided to purchase White Knight Chronicles due to the developers lineage. I was really interested in the online parts of the game, but that was disappointing. Very disappointing.
2  How far in the game did you get before you stopped playing it or are you still playing it and why?
-About five to ten hours; Probably somewhere in the middle of that. As cool and customizable as the battle system looked it was VERY easy, so none of the customization was really necessary. The story was absurdly generic, and the characters were ripped from the "Anime for dummies" textbook. I figured that I could put up with all the stuff I did not like (most of the game) if only the online stuff was cool. 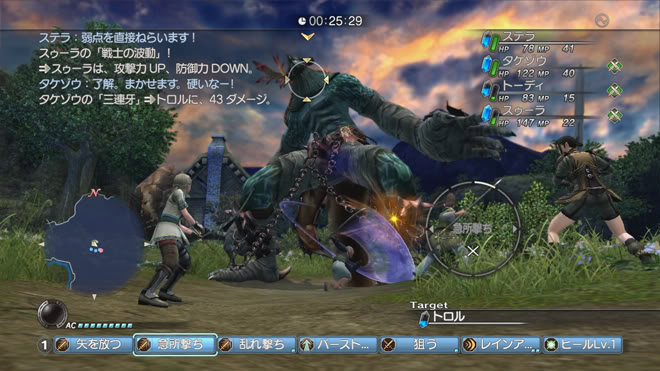 3. While playing this game please tell me one thing you like and one thing that disappointed you.
-I liked …The uh… I liked how…
Actually, the monster designs were pretty cool. That was one thing I will give them. I figure the game has a lot of customization as well, but considering the low difficulty there is really no point.
The one thing that disappointed me most was the only reason I wanted the game–the online stuff. First, the aforementioned easy combat made the online bits seem to be kind of pointless.
The reason I traded the game in was because of the micro transactions. See, in order to build up your own little town for people to shop and hang out in before an online skirmish you need to buy land, purchase houses and decorations, and convince NPC's to come live there. However, to do any of these things you need to spend an absurd amount of in-game currency for even the smallest thing, and for some things you also need to get building materials by farming monsters. Accomplishing ANY of this stuff is a huge time sink, so they had the gall to have the same items up for sale via micro transactions. Screw you guys! You design the game so every item is super pricey, only in the hope that people will give up and pay real money for it? That is complete bullshit. You already got my $60, I am not paying anymore.

So that is why I traded it in.

4. Out of everything you have seen in the game what one thing have you taken away as a gamer from playing this game?
-That I should have waited for the next Professor Layton or Dragon Quest 9, and that following a developer as you would follow a film director is probably not a wise course of action. Remember Wii Music? I bet you do.
5.  How would you recommend this game to others or what would you warn them about before trying this game?
-If you still think White Knight Chronicles sounds good, you should go to your local game store and purchase Dark Cloud 2, Rogue Galaxy, Dragon Quest 8, Professor Layton, or any other game Level-5 created.

My final interview dealt with Jason Wilson who of course is the Managing Editor here at Bitmob. He does not need any more words about him so I will put up the interview now.

1. What attracted you to play White Knight Chronicles and how did you hear about it?

I learned of White Knight Chronicles while editing a preview from the 2008 Tokyo Game Show about the game. The game's genre — role-playing game — along with its online system intrigued me.

2  How far in the game did you get before you stopped playing it or are you still playing it and why?
I didn't get very far at all; I put the game away for good last night [Tuesday, March 2] after fighting spiders and Basilisks in the Nordish Tunnel. I stopped playing because several aspects of the game frustrated me. I didn't like that your character is basically a blank avatar, a mute Sancho Panza to the main character's Don Quixote. While I like the way you set up your character for combat — especially the system for creating combos — I found implementing them while fighting to be laborious. The game doesn't offer enough slots for your abilities as you level up. The foes you face put me to sleep as well.
3. While playing this game please tell me one thing you like and one thing that disappointed you.
White Knight Chronicle's combat system surprised me. I was impressed with the freedom the game gives you in choosing your abilities when you level up. Mixing-and-matching abilities to create combos is fascinating. I wish implementing those combos was just as fascinating. The game's online system disappointed me. I understand it's geared to multiplayer cooperation, but I don't like playing with other people; give me some bots to escort me if I don't want to play with other people.
4. Out of everything you have seen in the game what one thing have you taken away as a gamer from playing this game?
That far too many developers still rely on genre clichés: a kidnapped princess and an airship? Really?
5.  How would you recommend this game to others or what would you warn them about before trying this game?
I don't think I'd recommend this game to other gamers unless I knew they were hardcore RPG fans that can forgive mind-numbing combat. I'd warn them that the game's actual combat spoils the fun and freedom the game offers in setting up your players for battle.