I think the various consoles should set aside their differences, team up, go through a cheesy montage sequence, and battle the dreaded foes of boredom and placidity throughout the galaxy. Curse my '90s-television upbringing. 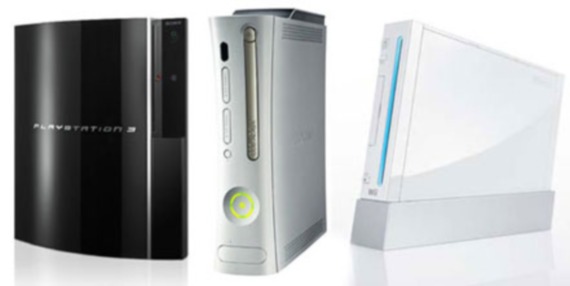 An industry research company asserts that the PS3 will eventually outsell its competition during the current console generation. The company indicated that the PS3 "will still be a commercial platform five years after the Wii has been replaced. Lifetime PS3 sales are predicted to reach 127 million units, compared to 103 million Wii units." The analysis also noted that worldwide console sales will fall by 9% this year, but overall figures of consoles installed in households will continue to grow. By the time we realize the extent of the console network across the globe, Skynet will have us in its web. [IndustryGamers]

Speaking with IndustryGamers, industry veteran Will Wright (The Sims) believes that the Wii belongs in the toy market. Wright stressed the stark difference in gameplay that the Wii provides, lending a toy-like level of fun instead of the involved experiences of the Xbox 360 or PS3. "It really is more into what I would call the toy market, because most of the Wii games I've enjoyed felt more like toys than like games," he said. I think Wright is on to something here — I've amused myself for hours on end just by driving my cat crazy with the Wiimote.

An anonymous source has confirmed that Sony will implement a familiar-looking nunchuck add-on for its Arc motion-control device. In a move that aims to bring Wii developers into the PS3 camp, and in order to facilitate a developer's "upgrade" to the PS3, the new add-on will feature elements "reminiscent" to the Wii's own controller. Tomorrow, Sony will reveal addition details in a special event at the Game Developers Conference. Oh, great — first it looked like a Spin Pop, now it resembles a deep-sea creature. [Develop]

Microsoft has no plans to adopt Blu-ray support into the Xbox 360. In the past, the restrictive storage limit of the Xbox 360's disc media has forced developers to cut content from their games. This led to a push for transition in to the much-lauded Blu-ray format. Microsoft remains adamant that the future lies with digital distribution: Director of Xbox and Entertainment Stephen McGill proclaims that "the future of home entertainment started last autumn when Xbox 360 became the first and only console to offer instant-on 1080p streaming HD movies." I fervently hope that CEO Steve Ballmer doesn't help out by bounding across a stage while yelling his lungs hoarse. [CVG]