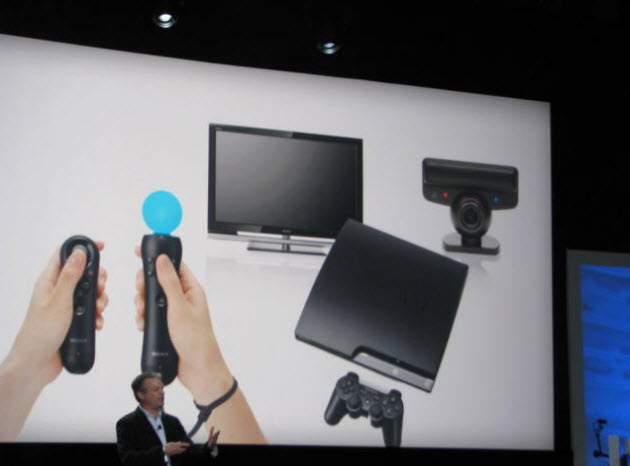 Sony today officially entered a new phase in the lifespan of the PlayStation 3 console by touting the PlayStation Move, a wireless motion-controlled device that rivals Nintendo’s Wiimote and Microsoft’s upcoming Project Natal.

Introduced at E3 2009 with the working title the PlayStation Wand, the PlayStation Move resembles a light-weight microphone with a colored crown. The PS3 manufacturer, which revealed the device at the Concourse Exhibition Center in downtown San Francisco, Ca., says it provides intuitive and accurate 1:1 response, and showed nine playable games that utilized the Move in a variety of ways ranging from the military shooter SOCOM 4 to sports, fighting, fantasy, party, and painting games. 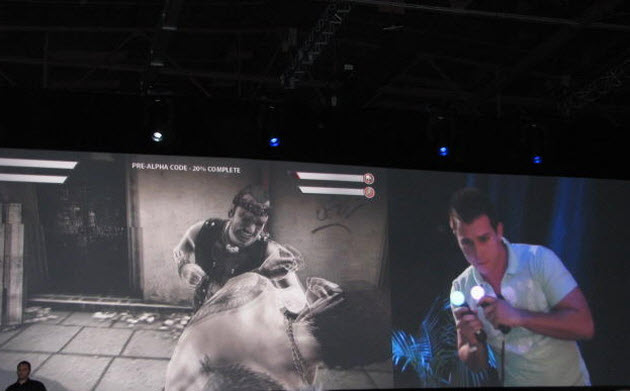 Sony is betting the wireless motion controller will widen the base of the $299 Blu-ray player by appealing to families, older men and women and, interestingly, hardcore gamers. Sony countered market leader Nintendo with its Motion Controller Plus add-on, which last year completed the promise of the original Wiimote.

“Nintendo has done an excellent job at broadening the game market, and we think that’s great news,” said Peter Dille, senior vice president of marketing and PlayStation Network. “We’d like to think the PlayStation Move is the next generation of motion gaming, and we see it and the PS3 as a national destination for families that have the Wii.”

Originally developed internally in North America (with input from multiple arms of Sony’s international teams), The PlayStation Move is a wand crowned with a colored ball that picks up and reflects motion then picked up by the PlayStation Eye, a web-based camera device. On the surface, the Move appears to solve the loose controls of the original Nintendo Wiimote by providing more accurate response and controls, but also by enabling several games to use two Move controllers simultaneously.

Sony demoed a street fighting game called Motion Fighter (working title) pitting two street thugs in a fist fight. Players hold a controller in each hand and combine jabs, uppercuts, and brawling moves like a headlock to defeat the other player.

“The PlayStation Move has the potential to breath new life into old game genres, and create new gameplay experiences we have never dreamed of,” said Dille. 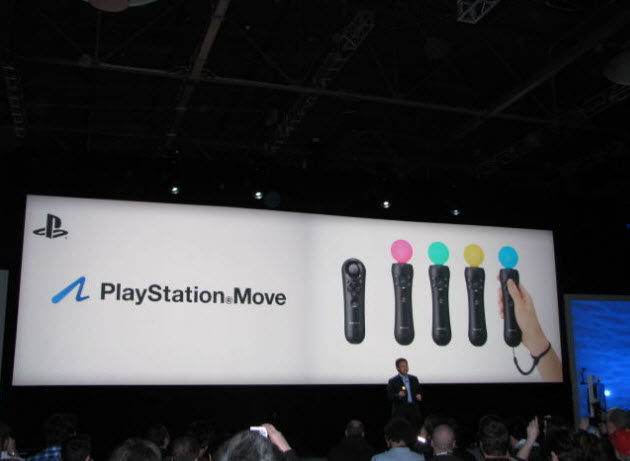 The actual accuracy of the Move controller varied game by game. Motion Fighter was only 20 percent complete and didn’t pick up every move and felt sluggish. But the good looking game has potential to be one of the better games in the lineup. “The software tools for the Move controller are really easy for developers to understand,” said Dille, who referred to the 12 major publishers–from EA and Activision to THQ, Namco, and Square Enix. “I saw Motion Fighter two months ago and then saw it a month ago and it made a 100 percent turnaround in playability. All of these games have until this fall to be developed, so we’re in good shape.”