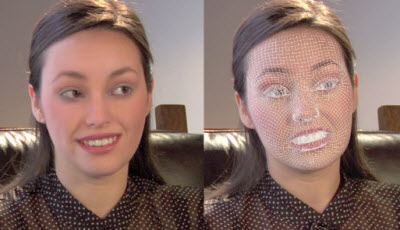 Image Metrics, a company that makes it easy for game developers to create realistic human faces, has raised $8 million in a reverse merger financing.

The Santa Monica, Calif.-based company will use the money to expand its software and services businesses such as Faceware, which is a suite of facial animation tools to create believable human faces for game characters. The company raised the money by completing an exchange offer with shell company International Cellular Accessories, an over-the-counter stock which is acquiring Image Metrics and then will allow Image Metrics to operate as a public company. Upon the completion of the reverse merger ICA will change its name to Image Metrics.

It’s not the ideal way to go public, but it’s a way for companies that need cash to get it. Image Metrics was founded in 2000 and has invested more than $14 million and 60-man-years into its technology. Its clients include a who’s who of games: Activision-Blizzard, Bethesda, Electronic Arts, Sega, Sony Computer Entertainment, Take Two Interactive, Ubisoft, and Warner Brothers.  A sampling of projects includes: The Curious Case of Benjamin Button– Feature Film (2008 Academy Award for Best Visual Effects); Grand Theft Auto IV; Assassin’s Creed II; NBA2K10; Rock Band 2; and the music video for the Black Eyed Peas’ Boom Boom Pow song.

Image Metrics said it reported $4 million in revenues for its fiscal year ended Sept. 30 and a net loss of $6.8 million. For this year, it has a backlog of $5 million. In the first fiscal quarter ended Dec. 31, revenues were $2.5 million and its loss was $1 million.