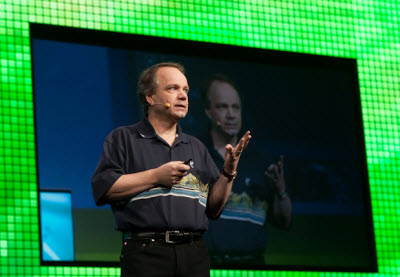 Sid Meier knows how gamers think. He has been making hit games such as Civilization for decades. Today at the Game Developers Conference, he shared his insights on gamer psychology and how he has had to change his assumptions about how players behave. More often than not, he said, players just don’t act logically.

Early on, Meier learned that players are egomaniacs. If you want to create a civilization that rules the world, you’re by definition an egomaniac. That has a lot of implications, such as how you have to always tilt the odds in favor of the player winning, regardless of the true mathematical odds for things such as battles. If you don’t do this, players will perceive your game as too difficult and will drop it. 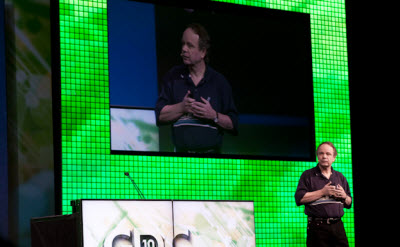 “Game play is a psychological experience,” Meier said. “It’s all in your head. I thought the more realistic you made a game, the more historically accurate, [the more] the player would appreciate it. In reality, I was wrong. You have to take into account what actually happens in a player’s head. I never get letters from players who say, I won too much in your game.”

This year, Meier is applying those lessons to his newest games. His Firaxis Games is expected to release two big games through Take-Two Interactive: Civilization V, and Civilization Network for Facebook. 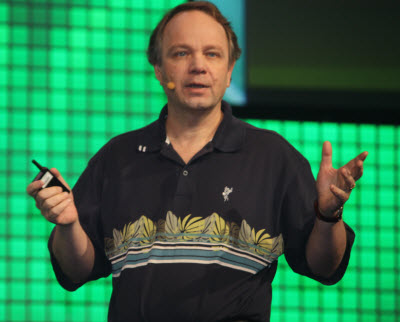 In addition to Civilization, Meier has made hit games such as Railroad Tycoon, Pirates!, Gettysburg, and a host of others. Most of his games have been hits, but he freely talked about games that were disappointing, such as the much-hyped Dinosaurs game that he never shipped because it never came together. So his voice carries a lot of weight for the thousands of game developers at the GDC conference.

One example he gives of the “realism problem” is flight simulators. At first, they were simple and fun. But as they became more realistic, the controls became more complex. Fewer and fewer people could master them. And ultimately, the games became so inaccessible that the genre died out.

There are lots of examples of options you can give gamers that can actually diminish the player’s enjoyment of a game, Meier said. For instance, if you let the player constantly save a game, then they can save the game just before a battle begins and then, if they don’t like the result of the battle, they can reload the saved game and refight it. They can keep doing this load/save pattern until they win. But Meier said that this will steer players away from the way the game is supposed to be played.

Meier said that the first 15 minutes of a game are key. Players have a need for instant gratification. If you don’t hook them at the start, they will drop it quickly. Game designers should never waste a player’s time by sending them down the wrong road or giving them too many options that distract them from the main object of a game.

He said that games should have moral clarity. If you’re playing an empire game, the player should have no qualms about crushing a rival. If you make the rival into a mean ruler, then there’s no moral dilemma. But if the rival is pleading and the action is morally confused, the player won’t be as satisfied. The style and content of a game should be consistent. You don’t mix exploding heads with cartoons. And you shouldn’t assume that players will be magnanimous; in one test of the Civilization Network online game, Meier said that players should be able to give each other gold. The problem was that no one was ever properly motivated to give away money, and so they didn’t do it.

To make games on a budget, Meier said that you can save money on things such as high-end graphics by tapping the player’s imagination. You can also tap into what the players already know. If you are presenting a villain in a pirate game, give the villain the look of a pirate that the player has seen in movies, such as a character with a black curly mustache. The player will immediately know it’s a villain.

One of the biggest skills that game developers can foster is listening to what players are really saying. This means you don’t have to take their suggestions literally, but interpret them so that you know what they really want.

“A game is really an epic journey,” Meier said. “Learning and progress are keys to this. You should always know how far you have to go.”