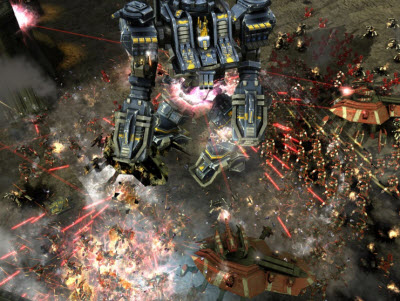 Another year has gone by, so that means it’s time for another Chris Taylor game. This year, it’s the furious real-time combat game, Supreme Commander 2.

Taylor is the zany founder of Gas Powered Games, the game studio known for its real-time strategy games, where players fight each other simultaneously. Over its 12-year history, Taylor’s studio has cranked out lots of hits. His titles include Total Annihilation, Dungeon Seige, Dungeon Seige 2, Supreme Commander and last year’s Demigod. Full told, those games have sold more than 6 million units. 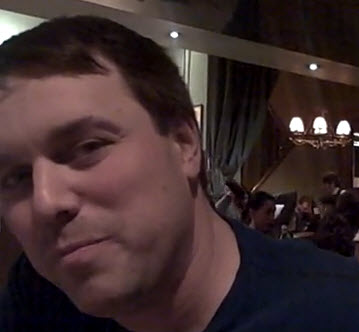 players fight gigantic battles from a bird’s eye view of the battlefield. Taylor says each player can command up to 500 units at a time. It’s a graphically demanding yet beautiful game, yet it took a team of about 25 people just 18 months to develop. That’s a short cycle for such an ambitious game, but Taylor said the company reused a lot of technology to speed the development time.

Taylor attended the launch of Final Fantasy XIII on Monday, where he got to wax poetic about the impact of the Final Fantasy series on gamers. We caught up with him over dinner after the Game Developers Conference on Friday night. He was busy checking out his first week’s sales on his iPhone. In fact, he was looking at his iPhone so much I think he was trying to get real-time reports of game sales. Taylor is doing his own video blog these days on the Gas Powered Games site. The primary aim of the blog is to burst in on employees while they are doing their most productive work and then quiz them about what they are doing.

Taylor’s next game is Kings and Castles, a real-time strategy game set in the medieval era. Behind Taylor’s goofy demeanor is some real game-making skill. Check out our video interview with Taylor, who was the emcee for our first GamesBeat conference last year.