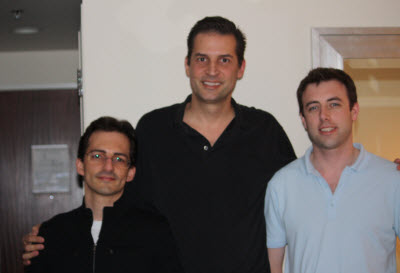 Gaikai, the games-on-demand company founded by game veteran David Perry, has lined up financing for an ambitious expansion of its server capacity needs.

Perry (pictured, center) said in an interview last week at the Game Developers Conference that Triplepoint Capital will provide enough financing to enable Gaikai to lease a worldwide network of servers for its games-on-demand technology. In exchange for the financing, Gaikai is giving Triplepoint Capital warrants to buy stock.

The Aliso Viejo, Calif.-based company has a video compression technology that it says can be used to host server-based games. That is, the games are stored and processed on servers in data centers, rather than on a home computer or game console. Video of game changes is sent back and forth from the distant server to the player’s display. That enables gamers to play demanding games on low-end hardware. 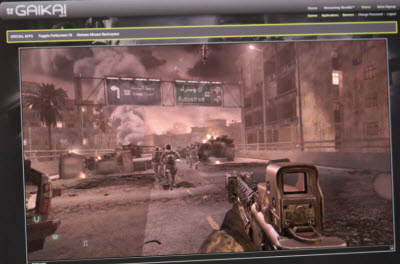 In this sense, the technology directly competes with OnLive, the games-on-demand service headed by Steve Perlman. OnLive has venture money from the likes of Warner Bros. and AT&T and plans to launch its service nationwide in June. OnLive has more than 100 employees and has been working for eight years.

Gaikai, however, will not deploy its own network. Rather, it will license its software to companies that plan to deploy their own services in competition with OnLive. (I can think of companies such as Amazon.com, Valve, and GameStop that might want to do so). 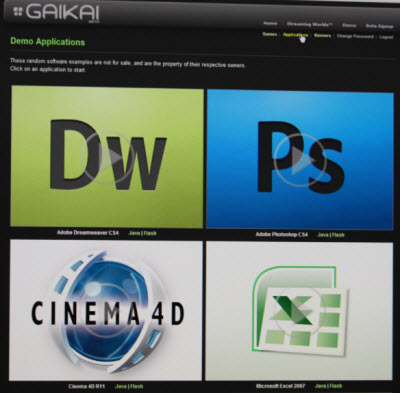 Perry contends that his team of 15, headed by technologists Andrew Gault (top right) and Rui Pereira (top left), has been able to create a more efficient version of the compression technology. That enables it to be deployed at a lower cost and with a smaller team, Perry said. That, in turn, will allow anyone who licenses the technology to deploy it at a lower cost to consumers than the $14.95 a month subscription fee OnLive will charge.

Gaikai previously raised $5 million in venture money from Benchmark Capital. But the financing from Triplepoint could put a lot of money at Gaikai’s disposal. Perry says the deal could give Gaikai access to lots of data centers, though he says Gaikai doesn’t need that many. Triplepoint has financed other fast-growth companies such as Facebook, YouTube and Netflix. The financing for servers is released in rounds of $5 million each, as the model is tested. As the business proves itself, Triplepoint could increase the financing.

Gault said the company is still testing the technology, but it could be quickly deployed and easily expanded because the management of the network has been designed to be “touchless.” That means someone could create a server with Gaikai software, ship it to a data center, put it in a rack, and then automatically add capacity to a cloud-based computing network to handle growing consumer demand.

“The server starts streaming data,” Perry said. “If the server breaks, it is removed from the rack and goes back to the manufacturer. We never go into the data center. That makes it scalable.”

Perry said that Gaikai will likely raise a second round of venture money to move faster. He said companies offering games-on-demand service could vary widely. A big game review site could put up a service that lets someone demo, or even purchase, a game on the review site itself. The review site could collect revenue from the sale through an affiliate marketing program.

Gaikai’s own business model is interesting. The company will charge money to a game company that puts a link — an advertisement, really — to a game demo linked to a Gaikai-based games-on-demand server. While a player is trying out a free demo, Gaikai will charge the game site owner just 1 cent a minute. If, at the end of the time allowed for the free demo, the gamer buys the game, then the publisher gets 100 percent of the revenue. Or, if the sale occurs on a retailer’s site, the proceeds are split between the publisher and the retailer.

The model rewards Gaikai mainly if it gets players to try out a game, and the cost of acquiring a new user is considerably lower than other means of getting new users.

“That 1 cent per minute cost of acquisition is a game changer,” Perry said. “If we can get the customer acquisition costs that low, publishers are happy. They can reach a larger mass market because the games can be played on just about any hardware.”

The Gaikai business model is meant to be disruptive for a high-cost rival such as OnLive. Otoy, another rival, is also trying to offer a games-on-demand technology. Like Gaikai, Otoy will rely on partners such as Advanced Micro Devices, Supermicro and others to deploy its service.

Perry said the quality of the game experience will vary depending on the game. Some casual games will use standard 480p. Some games will be displayed at a resolution of 720p, and some at 1080p. Perry showed the system working in a hotel room (you can see the video below). He played a round of Call of Duty: Modern Warfare (the original game) and showed a demo of a cloud-based Adobe Photoshop CS4. He also showed World of Warcraft and Eve Online played via a browser. However, the quality of the demo shows that Gaikai is considerably behind OnLive, which had a very polished demo last week at our GamesBeat@GDC conference.

Perry said he expects a customer could get a cloud-based gaming network up and running by July. Gault and Pereira founded the company in 2008 as they tried to get Flash-based games to work via the cloud. Gaikai’s first customer is InstantAction, a company owned by Barry Diller’s InterActive Corp., which plans to use Gaikai to make games instantly available to consumers as they wait for a game to download in the background.