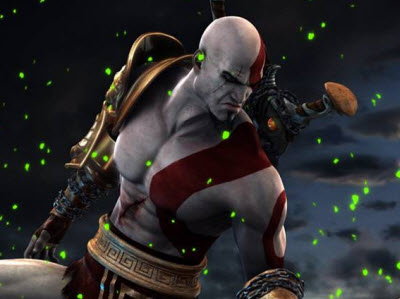 Sony’s role in video games seems to be to remind us every now and then what an epic game is all about. It is doing so again today with the launch of God of War III for the PlayStation 3.

It’s been three years since God of War II came out on the PlayStation 2, and this game is absolutely worth the wait for fans who favor mature-rated video games where nothing is sacred and bone-crushing, rip-the-head-off violence is built into every scene.

In the game, the bloodthirsty Kratos, the god of war, is still as angry as ever at Zeus and the other gods of the Greek pantheon. He’s mad mostly because he killed his wife and daughter by accident, after Ares, the former god of war, deceived him. You don’t want to get in Kratos’ way, or he’ll swing his signature fiery chain scythe at you. Although he looks puny compared to some of his foes, Kratos makes the video gamer feel like an all-powerful being. He is magnificent with his killing moves, and he can even pull out his glorious wings of Icarus if he needs to glide from one spot to another. And if he faces a particularly tough enemy, Kratos can summon a tornado to wreak destruction on a godly scale. 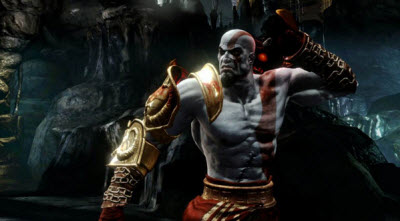 Kratos will keep you entertained. But the big question is whether he can take Sony’s rivals, Nintendo and Microsoft, and slam them against the wall a few times, allowing Sony to start selling more PS 3s. Sony remains in third place in the console wars despite some very epic games.

Other big exclusives that hit the PS 3 recently include Uncharted 2: Among Thieves, the game most widely admired at awards shows and hailed among the critics. Other titles include the online shooter MAG and the highly unusual crime mystery Heavy Rain. Microsoft has also had its share of epics, such as Mass Effect 2 for the Xbox 360, and it is launching its own big titles such as Alan Wake and Halo: Reach later this year. 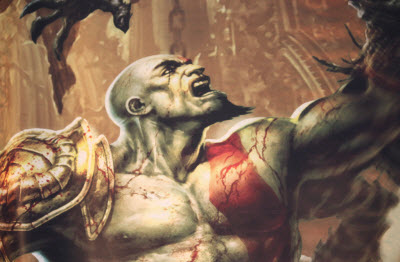 So far, these epic games haven’t turned the tide of the console war. Nintendo has been winning on a worldwide basis ever since it launched the Wii console in 2006. By one count, Nintendo has sold 68 million Wiis, Microsoft has sold 38 million Xbox 360s, and Sony has sold about 33 million PS 3s. The games that have made a huge difference in sales are the ones that have targeted people who don’t consider themselves gamers: Wii Sports, Wii Sports Resort, the New Super Mario Bros., and Wii Fit.

The game opens as Kratos is assaulting Mount Olympus and Zeus and his gods are defending it. The action is breath-taking as you play Kratos, who is a powerful figure but looks puny alongside the monsters who oppose him. The scenery is beautiful and pushes the PlayStation 3 to its limit in graphics horsepower. While Kratos is running along a mountain path, you realize that the path and mountain are part of a giant Titan. 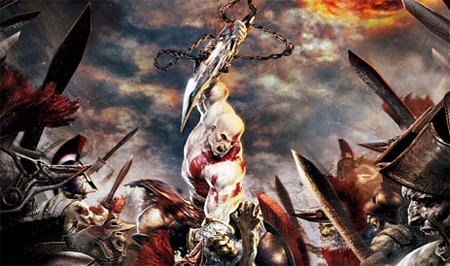 Just one look at the game and its environment will tell you why Sony’s Santa Monica studio spent so many years making it — and why it will put to shame the relatively cheap knock-off, Dante’s Inferno, from Electronic Arts. Sony has put so much work into the detailed art of the game, it’s unbelievable.

You have to take on Greek gods such as Hercules, Poseidon and others. There are lots of little skeletons to slay, as well as Minotaurs and Centaurs. You go from one giant boss fight to another. In between those big battles, you wipe the floor with the skeletons. You mash the buttons of the game controller constantly, and flip the right joystick to avoid getting hit by a big blow from a giant.

I’m sure that Kratos is going to lift Sony to the top of the charts this month. That’s important, because the U.S. console video game business desperately needs to return to growth after a year of the doldrums. But I wouldn’t bet on a huge swing in the console war. Sony would do well just to sell tons of God of War III. It will be extremely tough to beat God of War II sales numbers because that title came out when there were a  huge number of PS 2 games in the market.

Whatever the outcome, the video game gods should be happy. God of War III is an artistic, epic, tour de force.