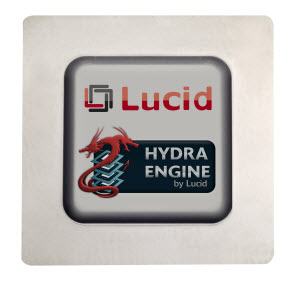 Israeli chip maker LucidLogix Technologies has raised $8 million in funding for its technology that enables a computer to balance the graphics processing load across all available graphics chips in a system.

The funding for the Kfar Netter, Israel-based company comes from current investors Rho Ventures, Giza Venture Capital and Genesis Partners. To date, the company has raised $40 million, and it has been able to do so because the company’s products are selling well.

LucidLogix needs a lot of money because it is trying to dance among elephants. The company competes with graphics chip makers Advanced Micro Devices, Nvidia, and Intel. But LucidLogix doesn’t make its own graphics chip. Rather, it makes a chip set that can take an AMD graphics chip and an Nvidia chip and use them to their fullest when a computer is running high-end graphics programs such as games.

Normally, the AMD, Intel, and Nvidia graphics chips don’t work together at all. But LucidLogix gets them all talking, distributing the task at hand to any available graphics chip. LucidLogix will use the money for sales support, promotion of productds, and for research on future technologies. Moshe Steiner, chief executive, said the company was able to raise the round because it has been able to begin selling its Hydra 200 chip.

The company’s big customer is Taiwan’s MSI, one of the three-largest motherboard makers in the world. More customers are in the pipeline.

Target markets for the company include motherboards and add-in boards for desktops and mobile platforms, a space where giants like Intel, NVIDIA and AMD find their growth.

MSI calls its product the MSI Big Bang Gaming Motherboard. But what this really means is that LucidLogix is helping the industry reach a new level of customer-friendly maturity, like when car makers agreed at some point that you could put an oil filter on a car from any manufacturer. The computer industry is full of components and practices that tend to lock you into only one solution. Opening up that lock is important because graphics chips are the most expensive piece in computer hardware today.

Today’s fastest game computers can tap as many as four graphics cards, either from AMD or Nvidia. But those cards have to be an exact match to work properly. That means that if someone wanted to upgrade their graphics, they would most likely have to add an exact match graphics card, buy a couple of new graphics cards and throw out the old one, or just buy a brand new system. The consumer also has to be pretty technically savvy to ensure compatibility. Now, the upgrade is easy and the consumer can make use of the older graphics card (though this still isn’t highly recommended for speed demons).

The Hydra 200 is the company’s second-generation chip, and it works with Windows Vista and Windows 7 operating systems. The company unveiled its plans in September, 2008. It is already generating revenue since it has a high-speed switching component that is used in supercomputers.

Moshe Steiner and Offer Remez started LucidLogix a in 2005 with funding from chairman George Haber, who has run and invested in a string of chip companies.