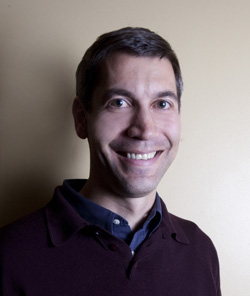 John Forese — pronounced for EE see — has taken over as CEO of mobile analytics firm Motally, whose monthly reports VentureBeat usually writes about. Forese was senior vice president of product management for Nielsen, a position he landed after serving as an SVP at mobile analytics firm Telephia, which Nielsen acquired in 2007.

Motally also recently added former Googler Doug Garland, a vice president of product development for the search company, to Motally’s board of directors.

Forese says his prime task is to grow the company’s footprint of clients, and its footprint of the sites, services and apps measured by Motally. Mobile websites aren’t as hot as apps among startup entrepreneurs, but they’re still a growth market. Motally recently launched an API for uploading and downloading large sets of mobile website log files for analysis. That will make them irreplaceable to some of their largest clients.

I talked to Forese by phone earlier this week. At the time, I was agitated because Motally competitor Flurry had published a report on app stats, and then issued a major correction twelve hours later after everyone in Techmeme-land had read the wrong results. How do I know to trust you guys, I asked?

“You’ve got to be very transparent on methodology and you need to be consistent over time,” Forese said. “It’s early days. Even the Internet [i.e. website stats] is still trying to figure out the metrics that matter.”

Motally’s hook is that they handle both mobile websites and mobile app stats, while Flurry (and Pinch Media, with which Flurry recently merged) are focused on apps. “When you think about the mobile Web,” Forese told me, “that’s not just the Web of smartphones. It’s a way to get a very large base of people who for one reason or another have feature phones. You still want to get to them with mobile media.”

The San Francisco-based company was founded in early 2009, and received an undisclosed amount of first round funding from Blue Run Ventures and super-angel Ron Conway.