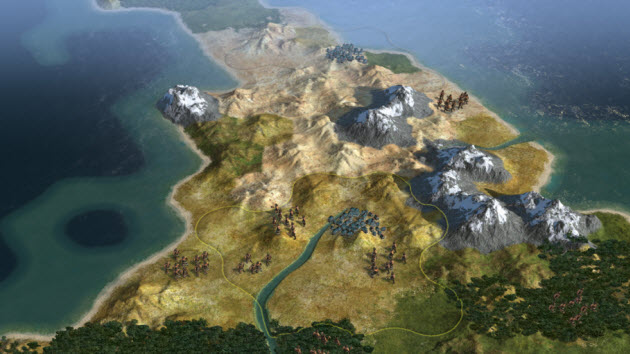 Civilization IV was one of the most immersive strategy games ever made. When it debuted in 2005, it was an elaborate triumph in the strategy game genre, with a combination of action, graphics, and addictive game play. But Civilization V just might top it, even as it returns gamers to the nostalgic days of old war games.

The game is coming out this fall from developer Firaxis Games and publisher Take-Two Interactive. In a preview of
the game at the Game Developers Conference, Firaxis showed that the look and play of the game will be very different
from the fourth version. 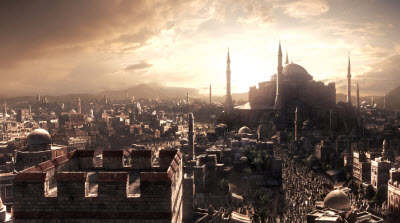 The world of Civ5 will look more organic, with a birds-eye view of big mountains, rivers that flow, vasts forests, and terrain that matches different regions of the world. When you design your maps at the beginning of the game, you can choose whether the terrain will look like the savannahs of Africa or Asian jungles.

But the map will also be divided into hexagons, a throw back to the good old days of war games played on boards in the 1970s. I used to get a thrill out of these games that came on cardboard with the latest issue of Strategy and Tactics magazine. Hexagon-based games made their way into the computer age with games like Panzer General, a 1995 game which was graphically beautiful and served as an inspiration to the Civ5 team. But then hexagons largely disappeared. 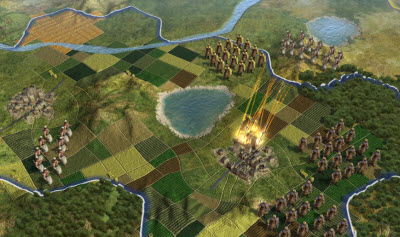 With DirectX 11 and multiprocessing support, Civ5 will run on everything from laptops to high-end gaming computers. Even if you overlay a grid of hexagons on the map, it still looks pretty. The hexagons solve a problem that the previous games had with things like islands. Ships would apparently pass right through solid blocks of land when they were moving from one direction to another.

The hexagons also set up a much better combat system. As in earlier games, you can build settlers and position them around the map to build cities. You’re the king or queen. With a city in place, you can build your combat units. Over time, you can build more and more stuff. Your combat units are no longer stacked into hexagons, but spread out. Each unit has 16 soldier icons, representing how strong the army is. As the unit takes combat losses, those soldiers start to disappear.

With the hexagon system, armies move across multiple hexes, closing in on cities or smaller armies. Archers and other units with ranged weapons can shoot across two hexes. In a battle, your foot soldiers can shield your archers from attack. The archers can soften up the enemy before the foot soldiers close in. Defenders get a bonus from the terrain they occupy. A unit guarding a mountain pass can actually hold off a lot of attackers. 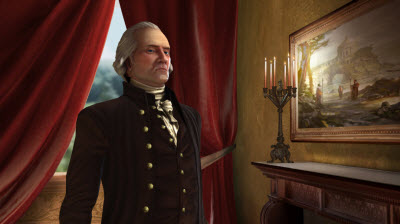 This kind of combat is a lot more elaborate, but also simpler and more predictable than in past Civilization games, where the combat was always a weakness compared to the old Call to Power strategy games. The animations of country leaders are also more elaborate and visual. The rivals will hold animated conversations with you and look really disturbed if you act aggressively toward them, or friendly if you behave as an ally. They will also behave as the historical leaders did; Queen Elizabeth of England will therefore try to set up a sea empire.

One of the nice random elements thrown into the mix is the city state. These are computer-controlled cities that are sprinkled across the map. They are neutral, but you can try to attack them and take them over without launching a full-blown war against another country. You can also aid them in helping to fend off barbarians or help them battle another city state. 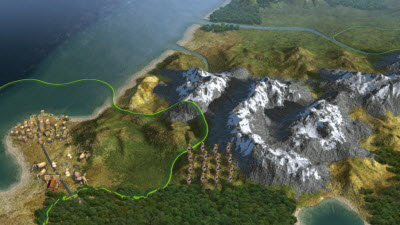 As your city grows, you can expand the borders around it, claiming new land. The city can grow through its cultural influence, or you can buy the land around you. You also have options for peaceful growth as well as combat.

The game ships this fall, and it looks pretty darn addictive. I wholeheartedly agree with the direction this game is taking and am delighted to see that Firaxis has found a way to please old-fashioned hardcore war-game fans like me. At the same time, they will introduce a new generation of gamers to the right way to make strategy games.