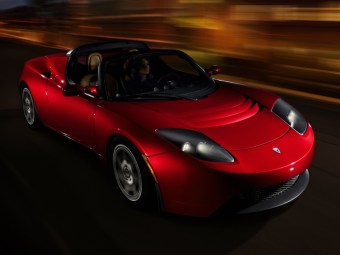 Tesla Motors‘ Roadster was all set to be discontinued (at least temporarily) early next year. But the electric car company just struck a deal with manufacturing partner Lotus to keep the vehicle in stock till at least the end of 2011, giving it more runway to launch its highly-anticipated Model S sedan.

Tesla has been pretty candid about how its Roadster’s primary function is to generate money and hype for the more practical and affordable sedan — the car that is groomed to become the core of the company’s business plan. The idea was to release the Roadster first, to establish the company’s profile, appeal to early adopters, and pull in revenue for the Model S’s development.

Accordingly, Tesla plans to stop making them once the Model S is ready for market, sometime in 2012. Based on this timeline, it contracted Lotus to build bodies for the Roadster (called gliders, they include the shell of the cars without the powertrains) through March 2011. But it announced today that it has extended the engagement to the end of 2011 — and from 1,700 gliders to 2,400.

This change will allow Tesla to sell more Roadsters, and to keep them in stock for longer, so that there won’t be a gap between when they are discontinued and when the Model S rolls into showrooms. After the sedan has some time to penetrate the auto market, Tesla plans to bring the Roadster back — with some modifications — by 2013 or 2014.

The company also reported its finalized 2009 earnings. It says it lost $55.7 million this year, promisingly down from the $82.8 million in losses it posted for 2008, according to Reuters.