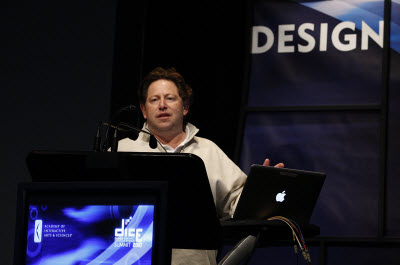 The Santa Monica, Calif.-based company, the largest independent video game publisher, divided itself into four units in the biggest reorganization since the merger of Activision and Blizzard in 2008.

Call of Duty will be a business division unto itself. But it’s a little unclear what kind of shape that division is in, given the firing of two co-founders at game studio Infinity Ward, which made the Call of Duty games. Blizzard Entertainment, maker of games such as Starcraft II and World of Warcraft — the cash cow of the whole company — will remain on its own as a separate division.

The latter move seems a little suspicious to me. Morhaime is running the best-performing division in the company. Why put someone over him? The Los Angeles Times said the memo describing the changes was sent to employees last week.

“This is an important change as it will allow me, with Thomas, to become more deeply involved in areas of the business where I believe we can capture great potential and opportunity,” Kotick said in the memo to employees.