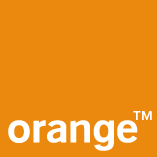 Orange, the key brand from Europe’s third-largest telecom, and OpenX, an open-source ad server, are teaming up to challenge Google’s DoubleClick in the European ad exchange market.

They’re launching Orange Ad Market, an exchange meant to match publisher demands for ad revenue and marketers’ needs to reach fragmented audiences across the web through display ads. The two companies will start with France and the U.K. in the second quarter this year and then expand into further European markets later.

“Globally, there may be three key players or so, but in Europe, there is no real leader. The market is wide open,” said Tim Cadogan, OpenX’s chief executive.

Although Orange may be best-known as a wireless carrier, it also operates an advertising network that it says reaches 343 million unique users each month. The deal lets OpenX rely on Orange’s marketing and sales teams to reach publishers and advertisers, while Orange doesn’t have to build its own ad-exchange technology in-house.

The two companies say publishers will be able to sell ad inventory in a real-time auction market. They can set a price floor to prevent their pricing power from eroding away. Advertisers can bid on inventory with one payment even if they’re buying in different markets with different currencies. OpenX takes 20 percent of ad revenue it helps bring publishers.