Goober Networks is announcing today that it will launch Internet voice calling and instant messenger apps for both the iPhone and iPod Touch.

The Dover, Del.-based company said the free apps are available to download today from the iTunes AppStore. The Goober VoIP (voice over internet protocol) lets people make local and international calls via Wi-Fi or a 3G network for as little as 1 cent a minute. Goober VoIP users prepay directly via their iPhone at flat-rate fees and so aren’t charged any money on their mobile phone carrier’s bill. The first two minutes are free for calls worldwide.

Goober Networks’ goal is to unify communications, including instant messaging, voice and video chat, across all devices, said Peter Uhlich, chief executive (pictured). These two free apps bring the company a step closer to that goal. The chat system lets users send instant messages to friends, family and business colleagues via the iPhone. Goober chat is compatible with other IM apps such as ICQ, MSN, GoogleTalk, and Jabber.

Also, the Goober apps give users access to the Goober Webfolder, which lets users manage, download and edit their data from any location, anytime. 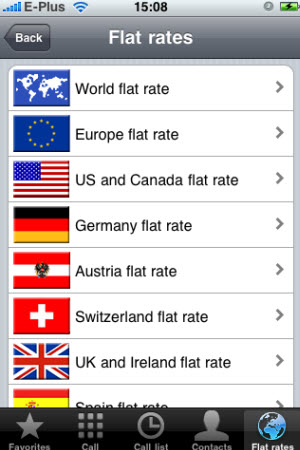 The company was founded in 2006 and has 25 employees. It has raised $8 million to date from undisclosed sources. Rivals include a host of big companies:  Google, MSN, ICQ, Jabber, Skype, and others. The apps have been out for a while (accessible via a search for Goober in AppStore) and have been signing up about 1,000 users a day. The company only started talking about the app publicly today.