I have never been the most physically active person on the planet. The thought of running for fun is paradoxical to me and the number of times I have entered a gym to exercise is equivalent to the temperature water freezes in Celsius.

On the other hand I do not lead a completely sedentary existence either. Once upon a time I lived in close proximity to mountain ranges and I would go snowboarding every weekend in the winter, or hiking in the summer.  I enjoy outdoor activity and occasionally my work takes me on some fairly exciting world travels that require some amount of physicality.  I am not a total couch potato, and yet one spring day I began to wonder how I transitioned from a slim potato wedge into a fat-filled heaping of hash browns.  This is the true story of how I used my Wii to slim down over the course of one year.

Is it still exercise when gravity does so much work?

When I first started graduate school I was a fairly lean 6’1" 160 lbs with decent but not great eating habits.  I was a bit heftier in high school (200 lbs), but somehow managed to slim down during undergrad, a change I attributed to increased metabolism or a tape worm. 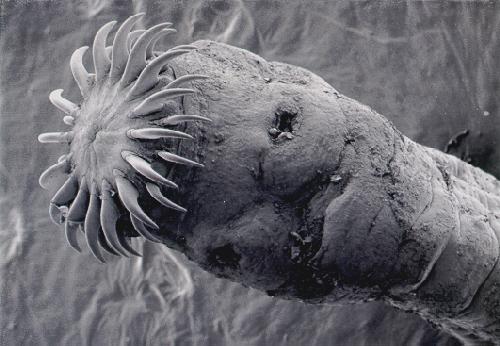 The weight gain came slowly but surely, and I assume like most people I didn’t notice or pay too much attention when it first started.  It was a blink and you will miss it type thing, and it is hard for me to even pin down when it all began or what year.  By the time I was taking note of the situation I had jumped two pant sizes and friends started asking me if I had been “working out”. This was essentially code for “damn you are growing in girth like a tree”. 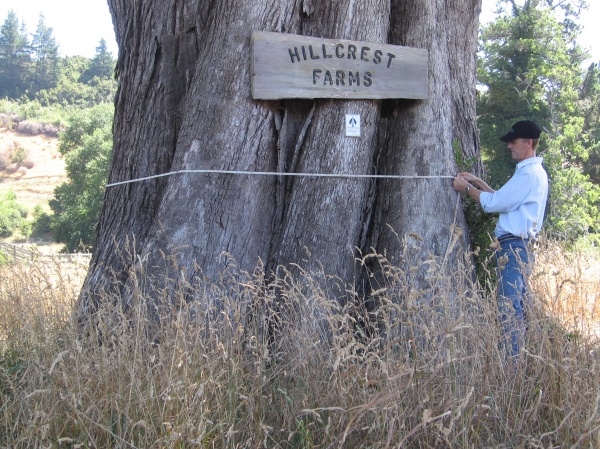 "Wow Mr. Hillcrest Farms, you uhh…worked out a lot this year…"

I wish I could say it stopped there, but I just gradually kept getting bigger and bigger for nearly 2 years. I finally had a moment of clarity one day after a visiting the doctor’s office, where I weighed 238 lbs. I was shocked, I knew I had gained weight but I did not think it was more than 75 lbs in three years. For reasons of apathy or fear I realized that I had not weighed myself at home in all that time, and I quickly started to wonder how it all came to this and how could I turn it around. How did I go from a comfortable size 32 to a tight 38 pushing 40 waist size?

What was the cause of this weight gain? Well in hind sight a lot of things really. Daily trips next door from the lab to the local coffee shop for giant frozen mocha drinks with friends, beers after work, non-stop eating out where I would consume everything on the plate, giant nacho bowls for lunch every day, I could go on and on. All told, after some thinking and some quick math I figured I was easily consuming somewhere between 3000 to 5000 calories a day. Not Good. 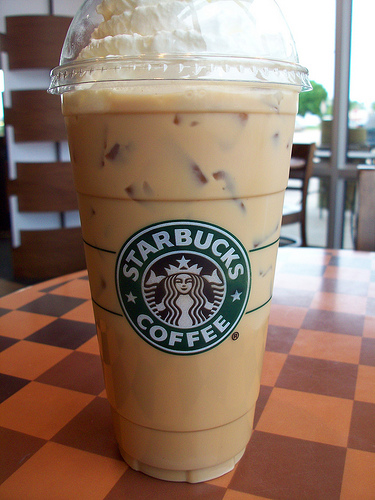 Why have you forsaken me?

I decided that to solve my problem I would need to eat better and make some effort to exercise regularly. Now I am not a gym guy, and work out videos were not up my alley either. As a lifelong gamer there was a lot about Wii Fit that appealed to me, it seemed like a harmless start to try and change my habits. Harmless until I stepped on the board and my little Mii became “obese”. It was as if Miyamoto himself stepped into my room and slapped me across the face with the Wii balance board.  And you know what, I needed that. I had a little added motivation. I was not going to stop until my Mii was a normal weight, and then I would light my evil little balance board on fire. Take that Miyamoto!

"Wow Matt, has your Mii been working out? Hahahaha"

Wii Fit proved to be an interesting experience, and I have to say it did the job. It got me on my feet and active, it was fun, I broke a sweat, and I felt like I was moving in a positive direction. As a tool for keeping track of weight it is excellent, and watching the weight line on my graph decrease never gets old. However, Wii Fit while fun is not the most rigorous of trainers, and I quickly turned towards EA Active to deliver the goods in terms of a consistent workout. Soon I was off to the 30 day challenge, and my girlfriend who was initially skeptical about my “exercise methods” started doing it too. Over the course of my first 30 day challenge I lost 17 pounds, a little more than 4 pounds a week. The combination of Wii Fit and EA Active became a potent mix.

More important than the exercise however, is that Wii Fit and EA Active helped completely change my eating mentality and habits. As I mentioned earlier, I was previously consuming well above my daily calorie intake on any given day. You might assume it is easy to just stop and totally change everything you eat and drink even when you know it is bad, but that’s not the case. It took some time to start turning down every beer from friends or passing on eating out after work. It was especially difficult at the start when you wonder if this is even going to work in the first place. There were times when I felt like I was just older and heavier and that is just the way things are. 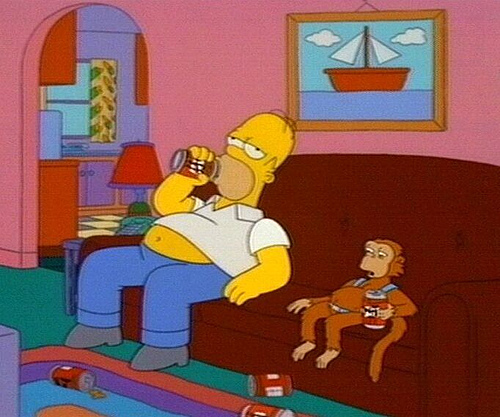 Using Wii Fit and EA Active kept me grounded, it changed my mentality. After an hour in Wii Fit or EA Active the thought of eating a cookie was almost blasphemous, why would I want to essentially put back in all the calories I just worked so hard to burn, especially bad ones. I started paying attention to the calories of food items, looking online at restaurant nutrition facts before going out to learn what items are unreasonably high and which ones are not. I never had a diet per se, but I did start to essentially swap food items. All told my plan was simple, try to stay between 1500 and 2000 calories a day while trying to lose weight, and exercise when I could.

Now I still ate well, I just practiced the fine art of healthy food swapping. Instead of beers with friends I would have a glass of wine. Huge burgers and nacho bowls at lunch would become a grilled chicken sandwich without mayo, or something I brought from home. Instead of fries I would ask for fresh fruit, or eat a few fries in moderation. Sun chips or Doritos no longer clogged my cupboards; instead the apartment was stocked with fruit and yogurt. I reduced my portion sizes, instead of cleaning my plate I was comfortable taking some food home. Giant mochas during work breaks became regular house coffees with skim milk. You get the idea.

Amazingly but not unsurprisingly, it worked. The first month I lost 10 pounds. Around 17 pounds the month I picked up EA Active and diligently did the 30 day challenge. Before I knew it I was eating healthy all the time, and it soon became quite easy to stick to near 2000 calories a day. Over the course of 1 year I lost anywhere from 5 to 17 pounds a month, and from March 2009 till March 2010 I went from 238 lbs to 154 lbs. My weight graph line looks like the stock reports last fall. I can officially report that as of a couple months ago my Mii is now a “normal” weight. I am no longer counted among the 60% of “obese” or “overweight” Americans and neither is my Mii. 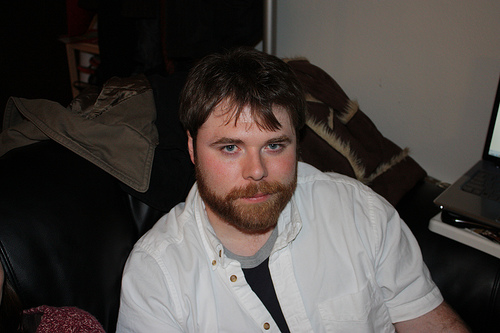 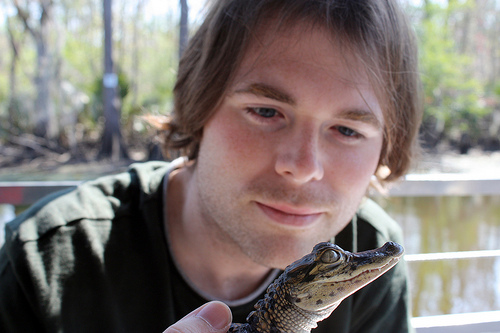 I wonder if Alligator is a lean meat?

Skeptics and cynics, of which we all know are few and far between in the gaming community and press, are quick to point out that simply using Wii Fit or other exercise games will accomplish nothing without proper eating habits, as if to dismiss any progress the development of these games have made. Call me crazy, but isn’t that true of any exercise program?  At the end of the day all it took for me to gradually lose weight was some common sense regarding what I put into my body and some regular exercise occasionally. These games helped me put my eating and exercise habits into perspective, something I really needed. So thanks Nintendo for having the guts to try new things and head in different directions. 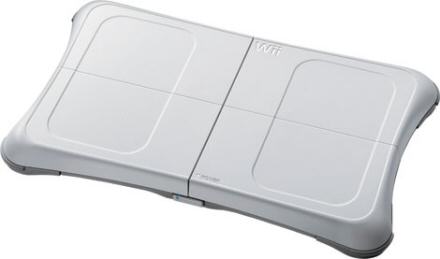 For the record I did not go all "Office Space" on the most passive aggressive peripheral of all time.