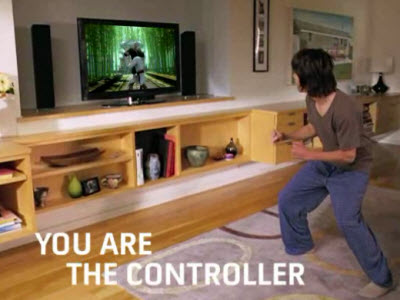 PrimeSense has confirmed that its 3D sensing and recognition technology will be used in Microsoft’s  Project Natal, one of the biggest changes coming for video games during the holiday season of 2010.

Back in May, 2009, we reported that PrimeSense had signed this deal with Microsoft to create the foundation for motion-sensing games on the Xbox 360 game console last year, but the companies didn’t confirm the relationship until today. Israel-based PrimeSense is one of several vendors working with Microsoft, which also bought 3DV Systems and has a software agreement related to motion-sensing games with GestureTek.

Project Natal isn’t just a simple knock-off of the Nintendo Wii. While the Wii senses what you’re doing with a controller, Project Natal is designed to capture your entire body movement and translate it into the control of a game. The point is allow someone to move fluidly and realistically when performing game actions such as swinging a sword. You are the controller with Natal.

It remains to be seen if this will work as advertised. Sony’s research team studied the same technology and rejected it. Instead, they used precise position detection systems in handheld game controls that have been branded as the PlayStation Move. The Move system debuts for the PlayStation 3 this fall, at the same time as Natal.

PrimeSense uses static light coding instead of a pulsing Time of Light technology used by rivals; the company believes that is more responsive, accurate, less costly and more practical for home use. The light coding technology uses near-infrared light that is invisible to the human eye. A standard camera image sensor detects images that the light hits and then figures out which objects are nearer and which are farther aay.

Microsoft has pledged to show off Natal at E3 in Los Angeles in June. But I’ve seen a demo of it and it appears to work very well to me. It isn’t slow or inaccurate, as rivals suggest. And Project Natal is not going to require the dedicated use of one of the Xbox 360’s three processing cores. Still, no one really knows yet if the games based on Natal are going to be really fun.

It includes 3D movement sensing cameras, face recognition, and voice recognition as well. PrimeSense makes chips that serve as the image sensors in a 3D camera, which captures motion and translates it into controls for a game. Once the chip processing the image, the results can be translated via software into game controls.

Ilan Spillinger, vice president of Xbox 360 hardware, said in a statement that “PrimeSense has delivered an important component to the technology, helping us deliver revolutionary controller-free entertainment experiences in the living room.” 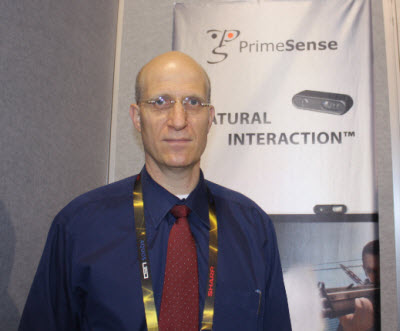 Inon Beracha, (pictured) chief executive of PrimeSense, said that video games are just one of a number of areas where motion-sensing technology is useful. CyberLink is using PrimeSense’s technology to make digital living room products for TVs.

Aviad Maizels, president and founder of PrimeSense, said that Xbox 360 hardware engineers developed the Project Natal sensor based on a reference design (basically a sample prototype) created by PrimeSense. The equipment includes a depth sensor, RGB camera, multi-chip array microphone and software. By the time of launch, Microsoft plans to have filed for more than 200 patents on Project Natal technology.