Vivaty announced on its site today that it will shut down its user-generated “virtual scenes” site on April 16, another victim of the malaise around virtual worlds.

Jay Weber, chief technical officer and co-founder, announced on the company’s blog that the site will close because its business of letting users create their own 3D virtual spaces just hasn’t taken off. 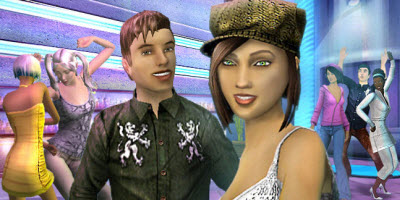 “I apologize to our loyal users that this must be so,” Weber wrote. “Vivaty.com is a rather expensive site to run, much more than a regular web site, and Vivaty the company has been running out of money for some time. Our business model was to earn money through Vivabux sales, but that has never come close to covering our costs. We tried for months to find a bigger partner that would support the site, but that didn’t work out.”

Users will have about two weeks to take snapshots and videos of their scenes, which are not quite virtual worlds but more like 3D scenes. Users could create their own avatars and chat in the rooms that they decorated. Those who bought virtual currency with real money since Feb. 1 will get their money back. But the company won’t be able to reimburse those who adopted various offer contracts, such as cell phone subscriptions, via the Gambit offers, where players accept an advertising offer in lieu of making a payment.

If it seems like there is a funk hitting virtual worlds, it’s not your imagination. Recent closings include Forterra, Metaplace, and There.com. Some of this is hit or miss. IMVU and Linden Labs’ Second Life have boasted continuous growth. But Google Lively never got off the ground back in 2008.

By contrast, social networks such as Facebook and social games such as those made by Zynga have taken off, leaving stand-alone virtual worlds in the dust. Big budget online games such as World of Warcraft, which high production values, are also going strong. By contrast, Vivaty’s visual spaces didn’t look outstanding from the get go. The Menlo Park, Calif.-based company received $9.5 million in funding from Kleiner Perkins Caufield & Byers and Mohr Davidow Ventures. It was founded in 2007, and back in late 2008 it had 25 employees.

[Update: Keith McCurdy, chief executive, said the company is in the final stages of being sold and that the intellectual property will be used as the foundation for something else].

[Update 2: McCurdy adds: “Why it didn’t work out. That is a long story. But I think the fact that we were targeting casual (web) virtual world users that still wanted a higher quality and 3D experience rather than 2D Flash was a key challenge. And then requiring the user to download a plug-in further made the proposition challenging. And as you pointed out in your article, virtual worlds are just not growing as a market segment, and may be shrinking. And social gaming has taken all the consumer interest.

In the end I think we can say Vivaty worked out as a technology platform to enable 3D avatar community experiences on the web. Which was our stated goal. I think the acquisition proves the technology is best of breed and desirable. We thought there would more consumer demand for a lightweight web based 3D avatar community along the lines of a simpler Second Life, and it just didn’t turn out that way.

When we started, Second Life was all the buzz. We thought that if the web was going to flourish with hundreds of Second Life like experiences, then someone would have to build the infrastructure. That was our goal. But it turned out Second Life was a single product and definitely not a foreshadowing of the future transformation of the web. At least not for a good while.”]