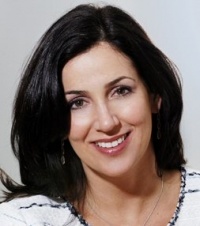 Joanna Shields, the former CEO of social networking site Bebo, has come to Facebook to run its European sales and business development team.

After helping sell Bebo to AOL for $850 million, she started working in a content start-up funded by the Elisabeth Murdoch’s Shine Group. It was supposed to “drive the online exploitation” of the company’s content, including shows like Ugly Betty (which is created by its production studio Reveille). It’s unclear what’s happened to that project.